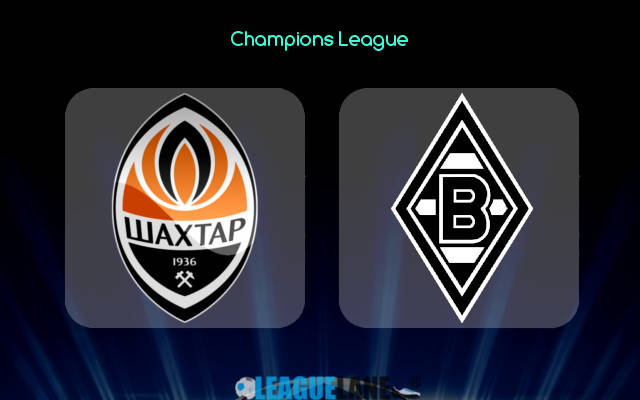 The Group B of UEFA Champions League is on fire and Shakhtar Donetsk welcome Borussia Monchengladbach in one of the most important fixtures of matchday 3.

Real Madrid play hosts to Inter Milan in the other, scheduled to kick-off after the completion of this match.

The team from Donetsk are top of the group with a win and a draw while Gladbach are second with back-to-back draws.

And without a doubt, these two teams were the least favourite to qualify for knockouts from this group, but so far they managed to prove everyone wrong in some style.

Even so, I like to see some improvements from Monchengladbach who conceded late goals in both games so far. And the hard work those players put on the field for those 180 odd minutes were undone in 5 minutes by a tactical blunder of sitting deep with 11 players to defend.

At Inter Milan they were 2-1 up and conceded in the injury time while conceded 2 in the home fixture against Real Madrid after giving nothing away in the first 87 minutes of the game.

Meantime, Shakhtar did look convincing and solid in both their games and deserve to have won against Real Madrid. They were a tad lucky against Inter, but also had chances to score on their own.

The team managed by Luis Castro is young, but they have a fearless attitude as well as discipline to unlock the best sides in the world. But we have to wait and see if they have the consistency to do the same in the coming weeks and topple one of the big teams to progress to the round of 16.

Right now, they start the match as second favourites since Monchengladbach is tipped as favourites by bookies in the region of 2.30 odd. Shakhtar to continue their unbeaten run in the Champions League with a win can be backed at 2.90 and a draw at 3.75.

Tuesday will be their first ever meeting in a UEFA competition.

Meantime, we can confirm that they played against each other in a friendly in 2009, the Ukrainians won 3-0 on that occasion.

This will be Shakhtar’s 25th meeting with a German Bundesliga side in UEFA competitions and they won 9, drew 8 and lost 7 of the previous 24.

Their home record is poor having won just 3 of the 11 games, but drew 7 of them and lost just once.

Meantime, Monchengladbach locked horns with Ukrainians on 4 previous occasions and won 2 and lost 2.

The two teams are on form and there is no doubt that this will be a close game, but entertainment is guaranteed for the neutrals.

The Miners are unbeaten across all competitions this season (5W, 5D), while the Fohlen are unbeaten in 7 (3W, 4D) since losing the Bundesliga opener to Dortmund.

Our best bet for this Champions League match is both teams to score since Shaktar failed to score only once in competitive games this season, that is last week’s goal-less stalemate versus Inter and conceded in 7 of those 9. At the same time, Gladbach saw btts in 6 consecutive games before the weekend’s 1-0 win against Leipzig.

We also expect a very open second half since Gladbach has the habit of conceding late goals.