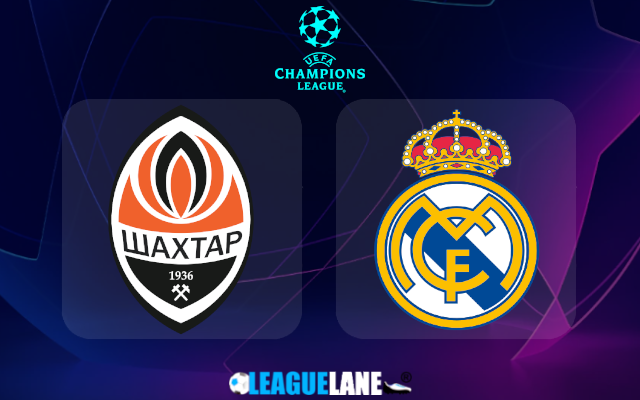 Despite winning the first UCL game and not being able to maintain it, Shakhtar are still second in Group F. But their spirits and desire to win might be destroyed as they faces the reigning European Champions Real Madrid in the opposition.

The bookmakers will see the visitors as pretty big favorites by valuing them at just 1.36 Odds for claiming the spoils here. It is very easy to understand why because, Real Madrid has been enjoying an impressive form since many games.

They will be high on confidence this week after having maintained a 100% winning record in the past 3 months barring a single fixture against Osasuna which had finished in a score draw.

Home side Shakhtar will now have a tough ask to try and get the second win in the season against the reigning European and Spanish champions Real Madrid on Tuesday at Stadion Wojska Polskiego in this Champions League fixture.

Real Madrid reveled their defensive holes in the 2-1 win against Shakhtar in the reverse fixture as well as in a 1-1 stalemate to Osasuna in a Laliga fixture.

Looking at such a defensive steel and the recent head to head recordings of these two, Both Teams to Score seems to be a good option. With Ancelotti’s display in his team’s firepower, Over 2.5 Goals also seems to be ideal.