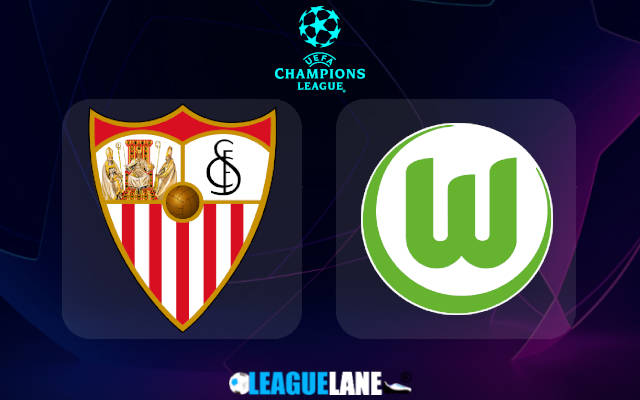 As the Champions League campaign heads to its penultimate game week, the standings in Group G promises an exciting finish to the group stages as just 4 points separate the teams on either end of the table.

The hosts will go into the first of two must-win group stage games for them to make it to the knockout rounds. A win here for the visitors will put them in an extremely comfortable position leading into the next matchday however, they are not assured of a spot in the RO16 with 3 points here.

The Champions League match between these sides is set to kick-off at the Estadio Ramón Sánchez Pizjuán this Tuesday at 20:00 UK. Read our Preview, Predictions, and Betting Tips with Analysis here

The Rojiblancos have been one of the better sides in the Spanish top-flight this time around. They have had two separate 6 games unbeaten runs across all competitions on either side of their surprising defeat against Granada on the road.

With 8 wins and a draw, Sevilla are 3rd in La Liga 2 points behind Real Madrid and point off Real Sociedad with a game in hand over the latter.

Despite not suffering a loss in the Champions League until the last matchday, they are yet to register a win in the competition this season. With 3 draws and a loss, they are 4 points behind Salzburg and a couple behind Wolfsburg and Lille. However, getting the better of the 2nd and 3rd place teams in their upcoming matches would put them through to the next round.

VfL Wolfsburg on the other hand started their Bundesliga campaign with 4 consecutive wins. With a run of 5 games without a win since then, they currently find themselves in the 6th position in the league with 20 points, 8 behind champions Bayern Munich.

They did not have the best of starts to life in the Champions League this time around as they failed to win any of their opening 3 games, registering a couple of points and a loss in those fixtures.

The Wolves have kept themselves in the race for the knockouts after they beat group leaders Salzburg in a 2-1 score line at home in the previous game week. With 5 points they are 3rd in the group behind Lille on goal difference.

The hosts have been formidable at home with just a loss all season, the away team meanwhile have just a win in their preceding 6 games on the road. Owing to such a record I have backed Sevilla to seal all 3points from this fixture.

The hosts have kept a clean sheet on 6 occasions across all competitions in home games already this season and have scored at least a goal within the first half.

The visitors meanwhile have scored first-half goals just twice all season on the road and have conceded in the first half in 3 of their last 4 away games where they have dropped points. First half score of 1-0 seems to be a good option.