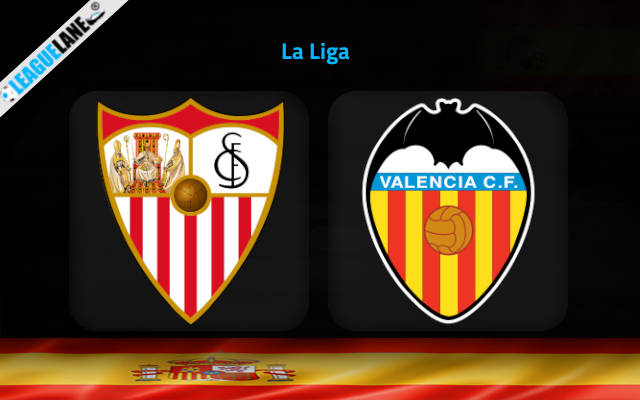 Sevilla are in such a huge mess now that they have a single win to their name so far in the competition. At the same time, Valencia are on a great streak of performances, and are finding the back of the net consistently. They surely have the upper hand this Tuesday.

They are placed seventh in the table at the moment, and are adamant to go after a top-six finish. As of now, they need a surplus of three points to climb level with the sixth-placed squad.

Defense has been one of their strong points throughout this tournament – so much so that barring a handful of top-tier squads, they let in the least number of goals in the Liga.

Meanwhile, Sevilla are placed 18th in the table at the moment – believe it or not – right in the relegation zone. They have recorded a single win so far, and this sole victory came against the 17th placed Espanyol.

They also struggled to find the back of the net so far in the current edition of the La Liga, and this was further made worse by the poor performances of their defense.

Moreover, they have a 100% winless record at home this season in all competitions – and barring two draws, it becomes a 100% losing record.

Judging these observations, I anticipate that Valencia are about to post the win this Tuesday.

Since May of 2022, Sevilla managed to record a single win – and this came against the struggling Espanyol, who are probably on the path to get relegated.

Moreover, they have a 100% losing record at home this new season barring two draws, and all along they let in goals in plenty.

On the other hand, Valencia are on an unbeaten run at the moment, and they scored two or more goals in almost all of these match-ups. Likely, expect a win for Valencia this Tuesday.

However, Sevilla are a perennial contender to secure a podium finish in the Spanish top flight, and they also have a good h2h record against this foe over the years.

As such, it would be hard for Valencia to keep a clean sheet despite having the upper hand.

Tips for Sevilla vs Valencia