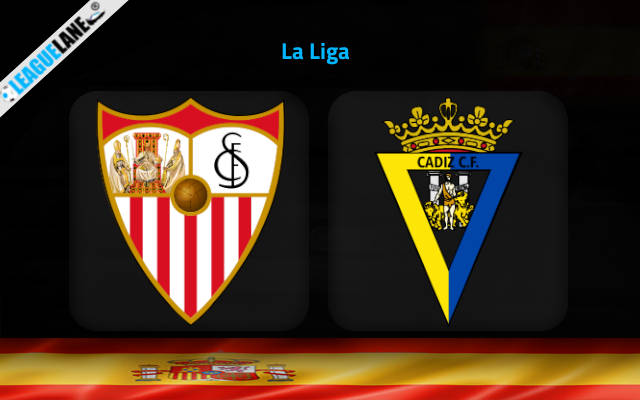 Sevilla have been one of the best teams in the competition right from the start of the season, and it was widely believed that they were on course to secure a second-place finish.

That was until Xavi took charge of Barcelona, and the Catalans scripted a comeback of sorts. Since then, the former hattrick Europa League champions have found it hard to establish their dominance in the top-most tier.

However, as a ray of hope now, Barcelona are once again dropping points, and this is the opportunity to strike. And it helps that Sevilla are at home, against Cadiz this weekend.

Not only have they been one of the worst teams in the Spanish top flight this season, but they are also a relegation-contender now, and they have let in goals in plenty all through the campaign.

Going on, they also have a poor h2h record against this foe over the years.

For the reasons, expect a win for the hosts at the Estadio Ramon Sanchez Pizjuan.

Sevilla recorded a 2-3 win on the road the last match-day, against Levante. They were also unbeaten in 20 of their past 25 overall fixtures, and in the process they had even registered two separate three-game winning streaks.

Do also note that they have won just once at home since the first week of November.

On the other hand, Cadiz lost 2-3 at home the past game week, and they had also remained winless in 14 of their preceding 19 fixtures.

Moreover, they had remained winless in seven of their past nine road trips too.

Taking into account these observations, and past h2h stats, expect a win for Sevilla this Friday.

Tips for Sevilla vs Cadiz