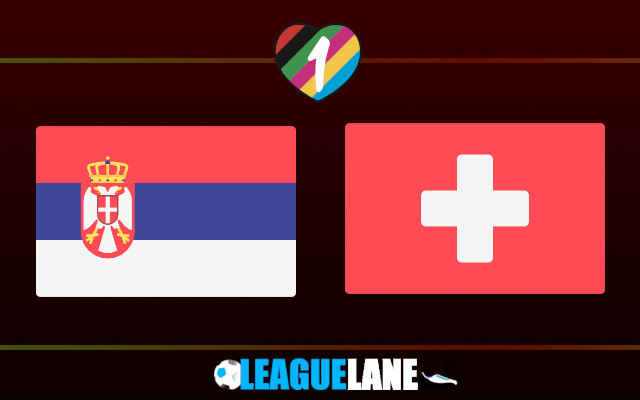 Serbia will be looking for revenge on Friday

Serbia put themselves in a tough position by dropping a two-goal lead in the second round’s clash against Cameroon on Monday morning.

It was the weirdest and one of the very best games of the tournament so far as the European side got off to a wrong-footed start after conceding an early set-piece goal.

Dragan Stojkovic’s men responded in a great fashion by netting two goals in quick succession before the half-time break. They added the third right at the beginning of the second half through top scorer Aleksandar Mitrovic.

Just when the Eagles needed to close the job, they shockingly allowed two counter-attack goals to settle only for a 3-3 draw at the end.

Serbia now have one point from the opening two games and they need a win on the final day against Switzerland to progress.

Switzerland’s defense is very hard to break down

Switzerland played much more conservative football than Serbia so far in the tournament.

La Nati have a 1-1 goal difference after the opening two outings and they will be happy with a draw on the final day.

Head coach Murat Yakin may not have as much talent in his ranks as his colleague Dragan Stojkovic has (namely in the final third), but his Swiss team did leave a better impression after the opening two rounds.

There are no secrets between these two outfits. Switzerland will play careful football without too many risks.

It will be very interesting to see whether they stern defensive line can keep things quiet at the back against the Serbian powerful attack with Tadic, Mitrovic, Vlahovic, and Milinkovic-Savic.

We must not forget the Swiss’ potential threat through Breel Embolo, Xerdan Shaqiri, and Granit Xhaka who are capable of producing magical moments against any team in the world.

Serbia possess more talent in their ranks but Switzerland have more experience in big games and they have been the more successful of the two sides in the recent years (including the previous World Cup when La Nati beat Serbia 2-1).

Nevertheless, we still trust this Serbian team under the leadership of Dragan Stojkovic. You must not forget that the Eagles defeated the likes of Portugal away in Lisbon in the crucial World Cup qualifier. We’ll take Serbia to win at the 2.55 odds.