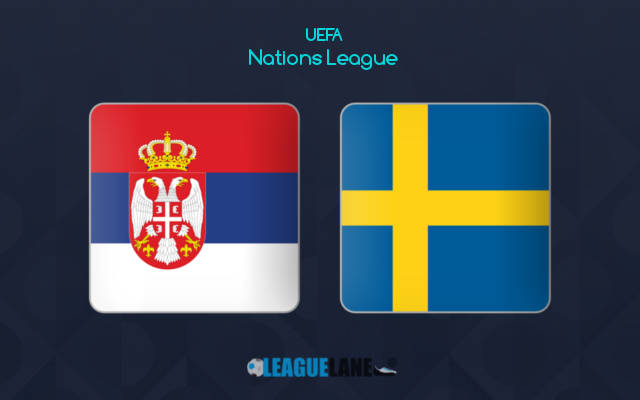 Serbia displayed some impressive performances along the way in this current edition of the Nations League. This Saturday in front of their home crowd they will absolutely go for the win against the struggling Sweden, who are on a losing streak.

The Swedes are placed second to last in the table and currently they are on a 3-fixture losing streak. In fact, they have a 100-percentage losing record, disregarding a single victory.

In fact, their only win in the competition came against the dead-last placed Slovenia. They also failed to secure a ticket to the upcoming World Cup as they finished third to last in their group table in the UEFA World Cup qualifiers.

Moreover they are on a long stretch of poor performances away from home and they are letting in goals in huge numbers in such matches.

Meanwhile Serbia topped their group in the World Cup qualifiers and that too with Portugal in the same group. It also needs to be mentioned that they remained unbeaten all through that campaign and even had a 100 percentage winning record, barring just two draws.

They also managed to score the most number of goals in the group. Going on they are also on a superb streak in front of their home crowd as of now, scoring goals in huge numbers in such fixtures.

In addition they also have a dominant head-to-head record against this opponent, and taking into account all these observations expect a victory for Serbia this weekend.

Serbia won nine of their past thirteen overall fixtures, and they remained unbeaten in 11 of these games too. Moreover, they scored two or more goals in five of their last nine match-ups as well.

Do also note that they won four of their past five appearances at home.

On the other hand, the Swedes are on a three-fixture losing streak, and they were winless in seven of their past eight games. Note that they let in two or more goals in four of their previous eight matches as well.

In addition, they lost nine of their past twelve road trips too.

Taking into account these observations, expect a win for Serbia this weekend.

Tips for Serbia vs Sweden