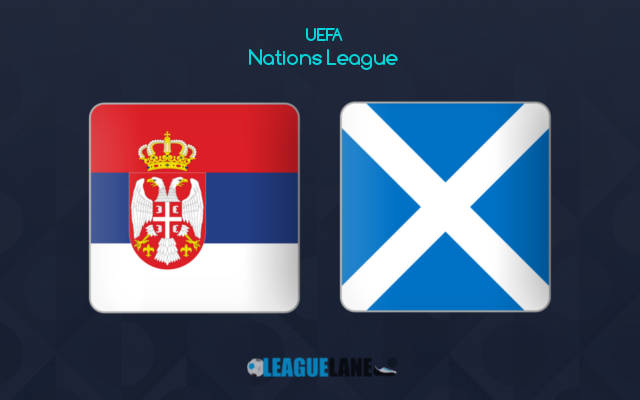 Even though the individual quality was always there, Serbia haven’t made an appearance on EURO since 2000!

The 20-years draught can finally come to an end on Thursday night, as the Eagles welcome Scotland in the final match of the qualifiers.

Squad led by Ljubisa Tumbakovic is a big favorite to advance, especially after they outplayed Norway in Oslo last month.

Scotland will have to embrace the role of underdogs, but they will hardly walk with a white flag at Rajko Mitic Stadium.

Home win is currently priced at 1.65 odds, while the Tartan Army have a smaller chance for victory, being priced at 5.00.

These two nations have met only twice before. It happened in season 2012/13 in World Cup Qualifiers.

The first game in Glasgow ended without winner and without goals, while Serbia celebrated convincing 2-0 victory at this stadium thanks to the goals of Filip Djuricic. This player has been on fire lately in Sassuolo, and is expect to be on the right wing in the starting roster. None of the teams back then qualified for World Cup in Brazil.

There is a lot of optimism on the Serbian side. They were much better opponent on pitch than Norway, despite having the role of underdogs in Oslo. Sergej Milinkovic-Savic has scored both goals, being the MVP of the match.

Lazio’s midfielder has been playing really well lately, and we expect to see him in the starting XI, which was not the case against Norway. Aleksandar Mitrovic should be the key player upfront even though his recent form is far from good in Fulham FC.

Good news for coach Tumbakovic is that Ajax’s Dusan Tadic was tested negative a couple of days ago and will be making an appearance in Belgrade.

Serbia are not doing well in UEFA Nations League this season, but it seems like they are not taking all matches that seriously.

Scotland barely made it to this stage after eliminating Israel on penalties. We expect them to go down in this deciding duel.