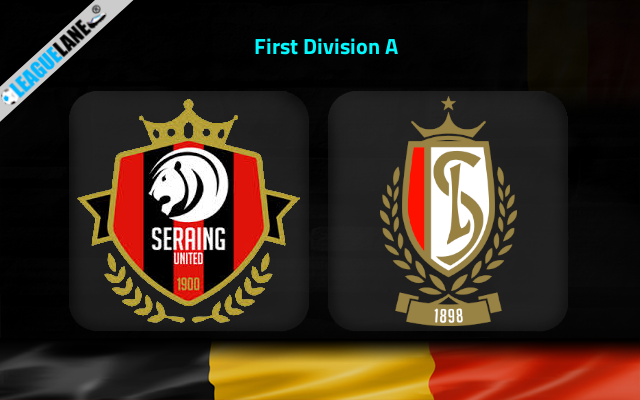 RFC Seraing vs Standard Liege Predictions and Free Tips from our expert tipsters when the teams go head-to-head in the Belgium Jupiler League on Saturday, 14 January 2023.

RFC Seraing have been the absolute worst team of this season so far. They were so lucky to have not relegated last season. However, they might face relegation this time if their current dreadful run is maintained till the end.

They will be facing Standard Liege sitting at 6th position in the league standings on Saturday. The team is currently having an inconsistent form following a winless streak, but bookies are in favour of them to bag a three pointer here.

They have only met four times. The overall wins were evenly split, with two each for either sides.

At this venue, Standard Liege have a 100% winning record against RFC Seraing. The latest clash between these two here ended in a 0-1 win for Standard Liege.

Who will win the match between RFC Seraing vs Standard Liege?

Seraing have been struggling to seal a win even at home. They are on a 9-game winning streak and are on a separate 4-game losing streak here.

On the other side, Standard Liege won four of the last seven on the road meetings. Moreover, they have a good h2h record against Seraing at this stadium, thus, we expect a win for Standard Liege on Saturday.

We expect Standard Liege to have the complete control of this match. They are capable of scoring a couple of goals but we are quite not sure about the over 2.5 goals ft possibility here.

Since three of the last four matches played by Liege had fewer than 2.5 goals, we expect an under 2.5 goals affair here.

Seraing netted in a total of just 3 goals from their 9 home matches played so far in this campaign. We don’t expect such a dreadful offense to score against this Liege outfits, who have kept a clean sheet in three of the past five road trips.

Standard Liege should be able to pull off an easy win against this Seraing outfits, who has been delivering unimpressive displays for quite some time now.

A victory for the guests Standard Liege at 1.91 odds will be our first pick for this fixture. For the second tip, we like to place the under 2.5 goals bet at 1.88 odds.