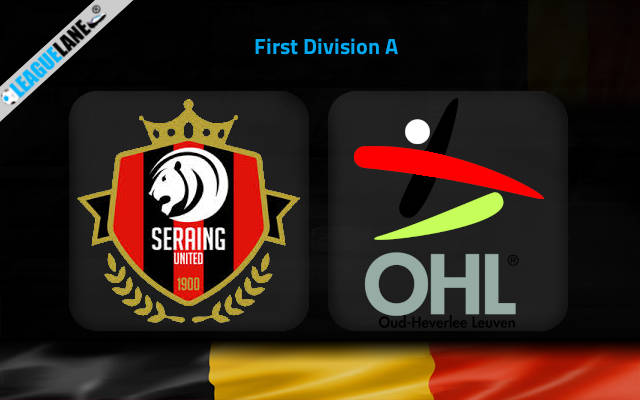 Seraing are on a dry spell in terms of netting, as they haven’t scored a goal in their last 3 home league games and they are currently battling relegation. Their long awaited win finally came last week, ending an awful 5-game losing streak. OH Leuven are also on a 4-game winless run recently with losing thrice of them. Both teams had only won once from their last 5 league appearances and they both go toe to toe this Saturday at Stade du Pairay in Seraing for the 32nd Round of Jupiler Pro League.

The home side is at the 17th spot on the standing with only 26 points from 31 games. They won 8 times in the league while drawing on twice and losing on 21 other occasions. They scored only 27 goals in total while conceding a sum of 63 which being the second worst conceding figure in the league.

After losing 5 games in consecutive manner, Seraing won their previous game against Standard Liège by 1-0. A common characteristic of their recent games is the number of nil scores. Taking their prior six clashes before this one, in as many as 6 of them, all saw a nil figure on the scoreboard.

On the other hand, Oud-Heverlee Leuven resides at the 6th position on the table with 40 points. Of the 31 matches played, they won and drew 10 games each while losing on 11 other occasions.

The visitors lost back to back league games against Eupen by 1-3 and last week to Royale Union SG by 1-4. They have seen fatalities exposed in defense as they have been scored against on 5 of their last 6 matches, giving opposition 12 goals overall.

We feel that a win for the visitors is likely as Seraing have won just twice of their last 15 matches in Jupiler Pro League. Also, they are on the back of 2 home losses recently.