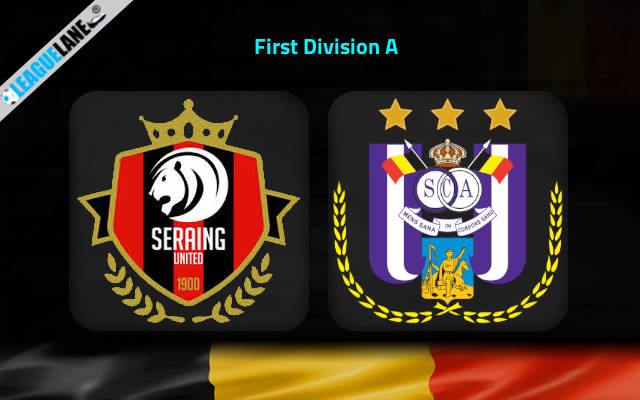 Seraing vs Anderlecht Predictions and Free Tips from our expert tipsters when the teams go head-to-head in Jupiler League on Sunday, 22 January 2023.

Vagner Gonçalves scored a brace against Kortrijk last time however, they could not win that game. They played well since the beginning of January and were on a two-game unbeaten run earlier. Now they will face Anderlecht at Stade du Pairay.

Anderlecht have a similar story to share as Benito Raman scored a brace against Zulte Waregem last time, but they ended up losing that game by 3-2. It needs to be noted that they have good form on their away trips.

The visitors are on a three-game winning streak against this opposition. Anderlecht won the August fixture of last year by 3-1.

It is interesting to note that the host have not won a single game against this team at Stade du Pairay.

Who will win the match between Seraing and Anderlecht?

Both teams are struggling to win since January. The visitors have a good winning record against this team, however, their form is riddled with losses. The same is also observed in Seraing’s case as well. Therefore, the chances are high that this game will end in a stalemate.

At Stade du Pairay, this fixture has been a high-scoring one. The last two encounters ended with a minimum of three goals being scored.

Moreover, the August fixture ended in a 3-1 scoreline. Also, both teams have scored in all of their matches since January.

One common point to note is that both teams are winless in four of their last five outings. Moreover, the host are at the bottom of the table and have struggled against this opposition at Stade du Pairay. You can back the following, as the first tip is that this game will end in a draw– at 3.80 odd.

Our second tip is that Both teams to score– the odd for this tip will be at 1.90. Both teams scored a combined total of four goals in their last meeting. Also, the visitors have scored in their last two away games as well.