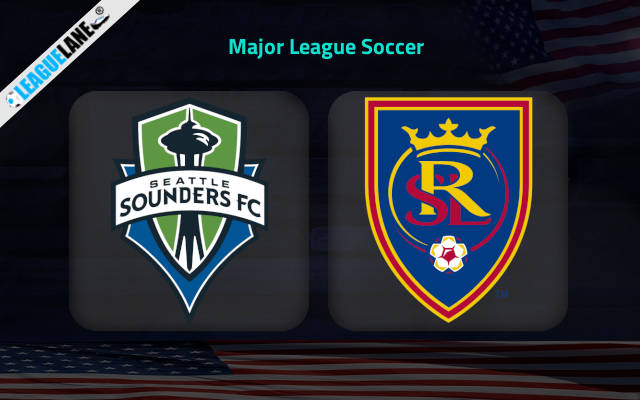 Real Salt Lake have one of the worst defensive records in the entire Western Conference and we can hardly see them causing any damage against one of the main title contenders in the opening round of the playoffs.

Seattle Sounders host Real Salt Lake in the last and probably the most one-sided opening round of the MLS Cup playoffs clash on Tuesday night at Lumen Field.

The Sounders are one of the main title contenders for a reason. They have been one of the most consistent MLS outfits in recent history and there is plenty of like about them, and their chances of going all the way this time around.

Seattle played the MLS Cup final last season. They came second on the West at the end of this campaign in the regular season.

We can call it a great achievement for Brian Schmetzer and his troops who spent the whole campaign without two top-XI forwards Nico Lodeiro and Jordan Morris.

Striker Raul Ruidiaz was also absent every now and then but yet he managed to find the back of the net as many as 17 times this season.

Ruidiaz is ready to feature here, while Morris could also be at least on the bench, capable of making an appearance as a sub.

Also, it is worth mentioning that Seattle boast the best defensive record on the West. We just can’t imagine a scenario in which they could be eliminated by Real salt Lake who barely caught the last playoffs spot after the final day victory at Sporting Kansas City.