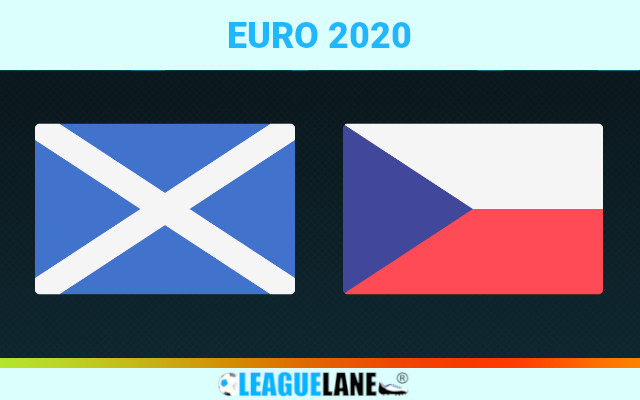 Scotland return to European Championships for the first time since 1996 and they start their campaign against Czech Republic on Monday.

This is also Scotland’s first ever major tournament appearance since World Cup 1998. Despite having qualified for the World Cup on 8 occasions and two times for Euro, they never made it past the group phase and never won more than one game at this stage.

With a fresh blood of young players with experience at top level in England and the domestic league, head-coach Steve Clarke will be hoping for an historic achievement for his nation.

Czech Republic are a regular at the Euros since they became a nation and the 2020 edition will be their sixth appearance on the bounce. In 2016, they failed to win a game at this stage. Their best achievement is when they finished as runner-up in 1996, and also got to the semifinals in the 2004 edition in Portugal.

We saw two sides of Scotland in the warm up games, first they took the Netherlands to the cleaners before a deserved win was denied by a late goal in the 2-2 draw. The next is a team struggling to score against a lowly Luxembourg, despite having a man advantage for 60 minutes.

Still, they come to the tournament having lost just twice in their last 16 matches. Strong oppositions were far and few in those lists, yet they will be a team with confidence.

Czech Republic were thrashed 4-0 in the friendlies by Italy, but they quickly responded with a 3-1 win over a defensively stubborn Albania to earn a much needed morale boost for the competition.

Also, they have some wonderful results on the backend, a 1-1 draw against Belgium and 6-2 thrashing of Estonia in March and wins against Israel and Slovakia at the Nations League group stage.

To summarize, the Czechs can be inconsistent, but they do have the knack of bagging big results when needed. There have been 5 defeats in their last 13 matches, 7 wins and 1 draw.

Billy Gilmour has recovered from the injury suffered in the final warm up game against Luxembourg. But the Chelsea youngster may not be fit enough to play the entire 90 minutes.

The Scottish head-coach Steve Clarke is no short of options and the only thing remaining to see is whether he goes with four or three at the back.

Lukáš Provod has been instrumental in Czech Republic’s impressive run in the World Cup qualifier in March, but the Slavia Prague midfielder is ruled out of the tournament.

Wholesale changes are not expected from Jaroslav Silhavy, but it will be interesting to see if the teenage sensation Adam Hložek gets to play some part in the game.

Both teams have scored with over 2.5 goals in 5 of those 9, but just twice in the last six.

This will be a tight, yet exciting match with the winners going to the next round with a better chance of qualifying for the next round.

Also, It is difficult to separate the teams on paper with plenty of exciting young talents on display in either camp. The Scots are 44th in FIFA ranking and the Czechs sit four places above at 40.

Scotland will have some home advantage with the game being played at Glasgow, and it will be encouraging to know that only teams sitting in the top 10 managed to beat them at their own turf.

The Czech Republic’s form is hot and cold, but they are a squad with plenty of experience at this level and I believe they are the team to back in this contest. My prediction is not backed by recent statistics, it is a hunch and the price is too good to turn down.

I also expect some goals here with the Scots finding the net twice in their games against Austria and Netherlands. The visitors are also sharp in attack and scored in all except 2 games since 2019.