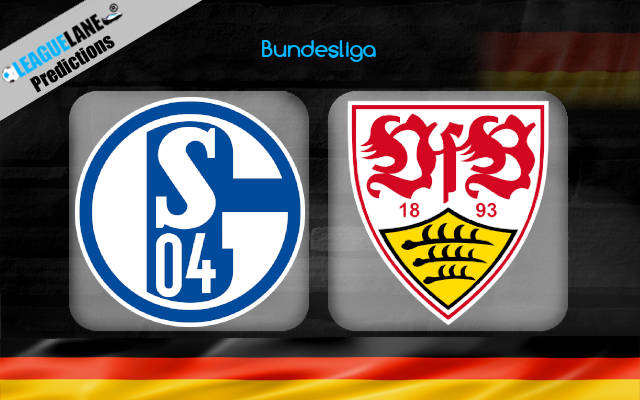 Along with Mainz, the Royal Blues have been the worst team in the competition this season, and as per many pundits, they are earmarked for relegation come the next summer.

They have conceded the most number of goals so far in the league – 19 from their five fixtures, and in return they have scored a total of just two goals, which is also the worst record in the German top flight.

Meanwhile, the Reds have been one of the most consistent teams in the league, and they have placed themselves in the upper-most tier of the table. In fact, they have remained unbeaten in the contest, barring their loss in the opener against Freiburg.

Going on, Manuel Baum’s men might have dominated h2h clashes in the recent past – but keep note that they are not at all the same team, and that stats do not hold the same weight.

Expect Stuttgart to be the better team this Friday at the Veltins Arena.

Baum’s men lost 3-0 on the road the last match-day, against Dortmund. In the meantime, Pellegrino Matarazzo’s men were held to a 1-1 draw at home by Koln.

As things stand, the Royal Blues are one of the two worst teams in the Bundesliga. They have lost all but one of their games, and this sole draw had come against the relatively inexperienced Union Berlin.

They have also conceded the most number of goals of all teams in the competition, and have scored the least as well. In fact, they have a total of one official win so far in the whole of 2020, and that too in January.

On the other hand, their counterparts were unbeaten in nine of their preceding ten overall match-ups, and they are on a four-game winning run on the road as well. To quote another stat, they have scored two or more goals in every one of their road games this season.

Considering these stats, it’s clear that Schalke are the huge underdogs this weekend, and the right pick is to back Stuttgart for a win.