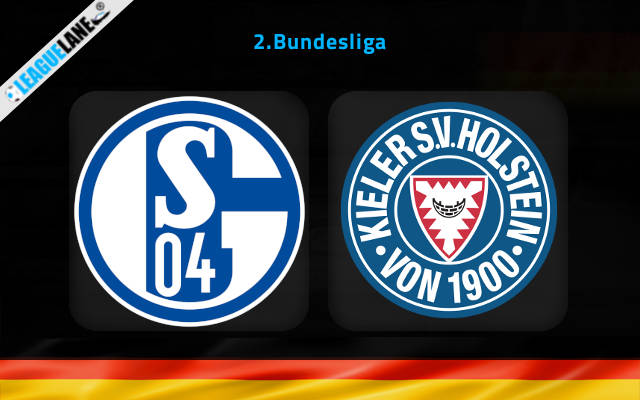 Despite a rather inconsistent form for a club that is eyeing promotion, Schalke has managed to keep themselves in the race for promotion.

Holstein Kiel having improved considerably from their poor start to the season, have managed to put a healthy amount of points on the board and are staying afloat of the relegation zone.

Die Königsblauen in their most recent fixture managed to hold Hamburg to a 1-1 draw away from home. The visitors managed to score the equaliser in the 87th minute to rescue a point for themselves.

Having managed to gain eight points from their previous five league fixtures they now occupy fourth position in the 2. Bundesliga, level on points with 3rd place Hamburg.

Die Störche on the last match day pulled off an amazing 3-0 win against league leaders St. Pauli at home.

This marked the second win for the club in four league fixtures. Having further managed a draw and a loss from those fixtures they are now 12th in the league four points clear of relegation.

The hosts have won all but one of their last five league matches at home. Additionally, they have done it by a winning margin of three goals in each of those fixtures.

On the other hand, their opponents are winless in four league fixtures on the road.

Considering these observations I have backed the hosts to register a dominating win.

S04 have scored across both halves in four of their previous five league matches at home. The club has also scored the fourth most goals by any team in the division. Therefore, I have backed the team to find the back of both nets.