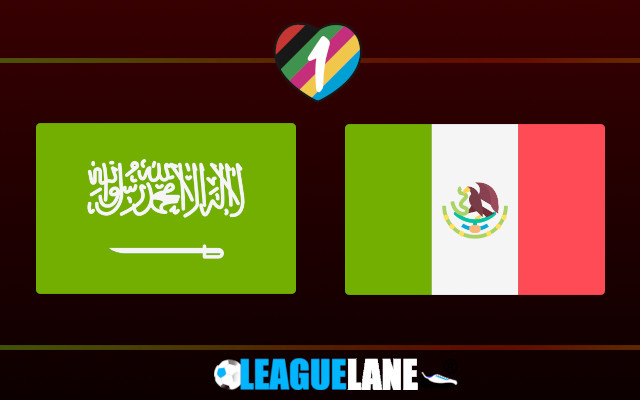 Saudi Arabia could not carry over their momentum to the second fixture, after their win over the Argentines. Meanwhile, the Mexicans faced the brunt of the frustration of the Albiceleste, as they lost their match-up, and find themselves placed at the bottom of the table.

Both these teams will be gunning for nothing but a victory, as a draw might not cut it for them. Saudi Arabia might have three points against their name, level with Argentina, but they have no telling how the Argentine match-up against Poland would turn out to be.

It would be safe for them to gun for the three points.

And for the Mexicans, it goes without saying that they simply have no other go. They are at the bottom of the table, with a single point against their name.

Even a draw means they are eliminated from the competition. They surely need a win here, and they need a favorable outcome in the other fixture in the group too.

Anyhow expect a fierce encounter this Wednesday at the Lusail Iconic Stadium between these two under-pressure teams.

The Mexicans do have a great h2h record against this opponent, but they are under immense pressure, and the crowd will be totally favoring the Asian squad. Besides after their win over Argentina, the Saudi Arabians believe they could pull off anything.

The logical inference is that we are about to witness a high-scoring affair this Wednesday.

Saudi may have gotten a reality check at the hands of Poland, but they still believe in miracles. They will be gunning for a win at any cost, and besides the crowd support, they have the confidence of staying level on points with the second-placed Argentina.

A favorable result in the Argentine-Polish fixture will help them make it to the Round of 16, even with a draw.

Meanwhile, the Mexicans will count on their immense experience in the Gold Cup, and their superior h2h record against this rival. They are comparatively much more experienced and exposed to top-tier football.

As things stand, anticipate a goal-fest this Wednesday.

Still, the Mexicans do have a slight edge here. They regularly lock horns with much more competent teams like USA, Canada etc, and the Saudi Arabians are leagues below in terms of quality.

Count on the offense led by Raul Jimenez to deliver a hard-fought win at the Lusail.