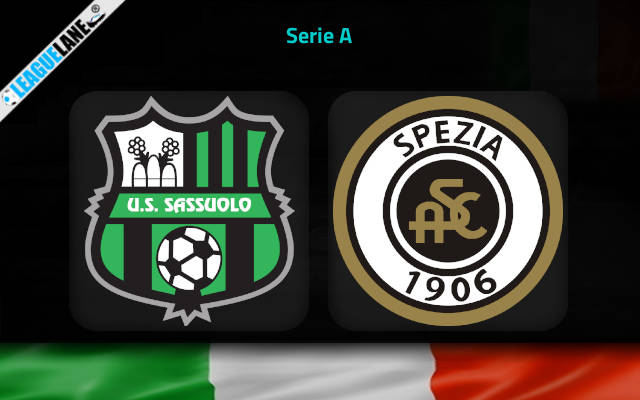 Sassuolo are one of the most consistent teams in the Italian top flight at the moment. In fact, they are one of the five teams in the competition to have remained unbeaten in the past five match-days. Note that three of these five squads were AC Milan, Juventus, and Roma.

Going on, Sassuolo have also been slotting in goals in huge numbers at home in the past several game weeks.

Meanwhile, Spezia are one of the worst teams in the Serie A. They were on a long streak of losses before the latest game week, and they have also been struggling on the road for quite some time.

Moreover, with the likes of Sampdoria and Cagliari determined to make themselves safe from relegation, the final few game weeks are about to get a lot more tough for teams placed in the bottom-most tier.

This pressure will most probably be detrimental for Spezia, and as a result, expect their counterparts to have the edge this weekend.

Sassuolo were held to a 2-2 draw the last match-day, by Salernitana. However, they had won the three fixtures before that, and they have also lost just once at home all through 2022 so far.

Do note that they had scored two or more goals in three of their past four appearances at home, and since December, they had even remained unbeaten against the likes of Napoli, Lazio, Roma etc.

On the other hand, Spezia did win 2-0 at home the past game week, against Cagliari. But they were on a four-fixture losing streak before that, and they had also remained winless in 19 of their past 24 road trips.

Considering these observations, expect a win for Sassuolo this Friday at their home.

Tips for Sassuolo vs Spezia