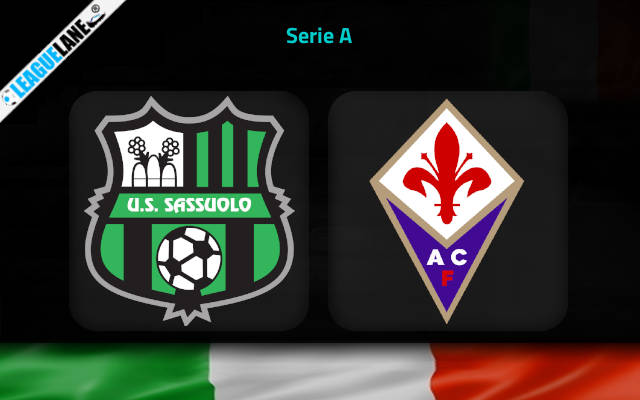 Sassuolo made a huge upset last weekend when they dispatched reigning champions Inter Milan 0-2 away at Stadio Giuseppe Meazza.

Giacomo Raspadori and Gianluca Scamacca were on target for I Neroverdi who will finally be looking ahead of a somewhat easier schedule after this weekend’s clash against Fiorentina.

Sassuolo have played the likes of Juventus, Roma, and Inter Milan in the last three outings across competitions.

They have done very well in each of these fixtures, even including the 2-1 loss at Juventus in Coppa Italia quarterfinal.

The team led by Alessio Dionisi will now face top-half rivals Fiorentina who have also been enjoying a decent spell of form lately.

Despite losing their best player and top scorer Dusan Vlahovic in the January transfer window, I Viola still have something to say in the battle for European competitions.

Fiorentina also managed to reach the Coppa Italia semifinal after a 2-3 away win at Atalanta earlier this month.

They dispatched the same rivals in the previous round of Serie A last Sunday, 1-0 at their Stadio Artemio Franchi this time around.

Fiorentina will thus travel to Reggio nell’Emilia on the back of three subsequent wins across competitions.

They have limited Atalanta to only one shot on target last weekend in Florence. Will we see the continuation of their strong spell of form here at MAPEI Stadium – Citta del Tricolore?

Both teams will enter this tie on a high and we kind of see the draw as the most likable of the three outcomes on Saturday night in Reggio nell’Emilia.

We also like the Both Teams To Score bet at the 1.53 odds since this scenario occurred in all of the previous five H2H games.