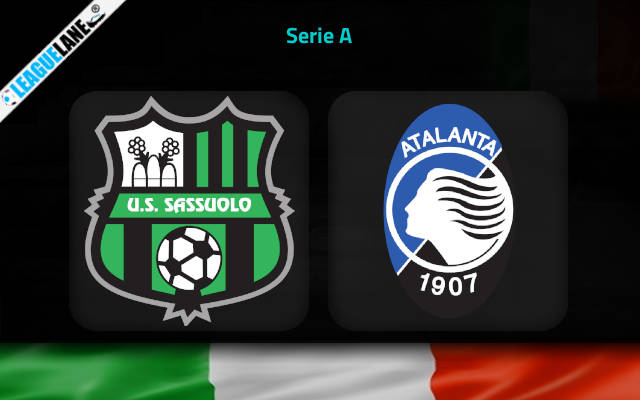 Just three days after playing RB Leipzig in the first leg of the UEFA Europa League quarterfinal, Atalanta will travel to MAPEI Stadium – Citta del Tricolore to take on Sassuolo in the 32nd round of Serie A.

La Dea provided a strong performance to get a decent 1-1 result in Germany on Thursday night, continuing to be tough to break down at the back despite facing an in-form attacking team who have just scored four goals past Borussia Dortmund last weekend.

However, Atalanta have not quite been doing the job at the opposite end of late, especially when it comes to Serie A matches.

Gianpiero Gasperini’s troops won only one of the last four league outings. The last weekend’s 1-3 home loss to Napoli dropped La Dea out of the top-six spots in the league table.

Atalanta have scored only two goals in the last four Serie A matches. This is not a promising form ahead of the clash with Sassuolo who are capable of beating anyone in this league on their day.

Sassuolo won three, drew one, and lost one of the last five league affairs. The lone defeat came eight days ago when they fell 2-1 to Lazio at Stadio Olimpico.

Nonetheless, we have to praise Sassuolo’s fine attacking run as the team led by Alessio Dionisi bagged two or more goals in six of the previous seven Serie A outings.

We believe the time has come for Sassuolo to terminate their negative run in the head to head clashes with Atalanta. The hosts have shown a much better form and rhythm in the last several weeks and we see the value in backing them not to lose here at the 1.72 odds.

Braver tipsters can try with Sassuolo to score two or more goals at the 2.25 odds knowing they have done so in six of the last seven league outings.