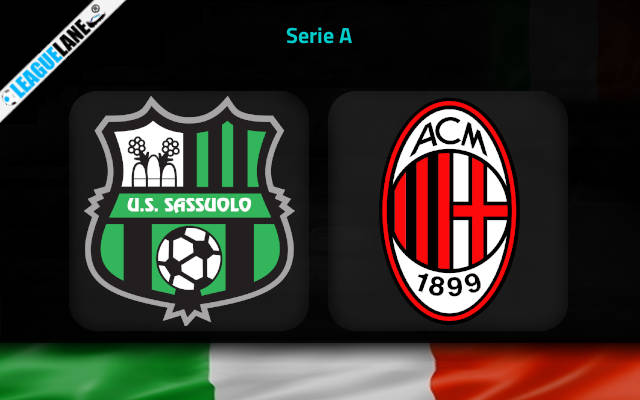 AC Milan returned to winning ways on Saturday by beating Bologna 2-0 at their Stadio Giuseppe Meazza.

Rafael Leao and Olivier Giroud bagged first-half goals in an easy and straightforward victory for I Rossoneri who did not allow their rivals register a single shot on target on the occasion.

AC Milan now have seven points from the opening three rounds and they will be hoping to continue the fine start to the new Serie A campaign on Tuesday evening when they travel to neighboring Reggio nell’Emilia to take on Sassuolo in Matchday No 4.

Sassuolo are at four wins after three games with a win, a draw, and a defeat each so far in the campaign.

I Neroverdi failed to see off Spezia at the weekend despite being a much better side on the pitch throughout the whole course of the match.

Head coach Alessio Dionisi once again had huge problems in an attempt to solve the lack of meticulousness in his team’s back line.

Sassuolo allowed two goals against the likes of Spezia on Saturday. They shipped as many as 30 in 19 league outings on the home patch last season.

Knowing they are now up against the reigning champions who have just bagged seven goals in the inaugural three rounds, we are not confident about Sassuolo’s chances of keeping things quiet in the defense on Tuesday.

AC Milan look much better both offensively and defensively than their counterparts going into this tie and we would be surprised to see any other scenario but their win in mid-week’s fixture.

The away win trend in the H2H ties between these rivals only helps the pick. You can go with AC Milan’s win at the odds of 1.55.