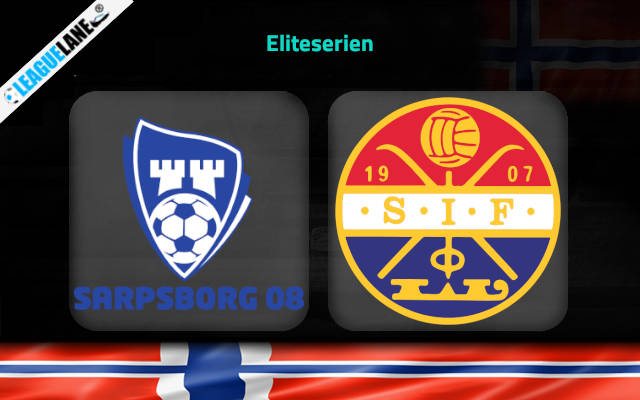 Round 10 of Eliteserien is set for this Saturday as Sarpsborg play host to Stromsgodset where both these sides are separated by 4 points and 2 places. These two teams will be seen clashing at Sarpsborg Stadion.

Stromsgodset is at the 4th spot on the standing with 17 points from 10 games. They won 5 times in the league while drew twice and lost on 3 other occasions. The visitors have seen netting frequently but they tend to concede more of the same which hints that some defensive adjustments is needed.

The visitors will go into this clash following on from a 3-2 league win to beat Viking FK in their most recent match. They’ve had goals 20 times in the previous 6 matches in which Stromsgodset have played, giving a mean average of 3.33 goals for each meeting.

On the other hand, Sarpsborg resides at the 7th position on the table with 13 points. Of the 9 matches played, they won and lost 4 times each while drew on one other occasion. The home side has scored in the last 4 games in front of their own fans. But they have failed to score once at home, this season.

Sarpsborg will want a repeat of their previous result, being a 5-0 triumph against Jerv. Matches involving them have usually been lively affairs of late with plenty of scoring being a common characteristic. Over their past 6 clashes alone, the sum of 20 goals have been recorded for both teams combined with 13 of these coming from the hosts.

At least three goals have been scored in three of the last 5 meetings between these two clubs with Stromsgodset claiming a 5-0 win when the two sides last locked horns almost a year ago.

Going into this one, Sarpsborg have not won at home in their last 2 league matches while Stromsgodset come here on the back of a 5-game away unbeaten run across various competitions.

Since the Sarpsborg won just one home game this season, we feel that an away win is up for cards this Saturday.