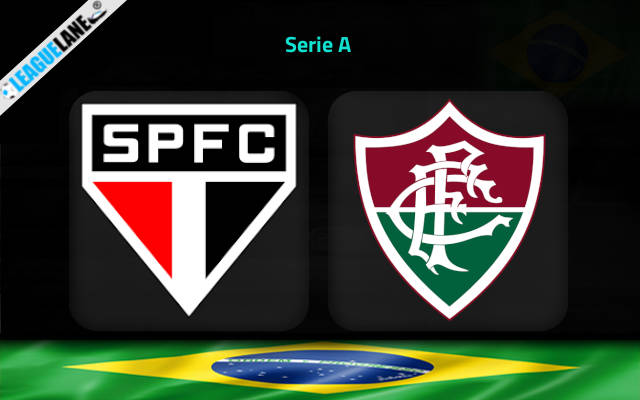 Fluminense have been on a stupendous streak lately and they will be eager to take on the struggling Sao Paulo this Sunday.

Based on recent form, Fluminense can easily be termed as the best team in the Brazilian top flight. They have been registering win after win and are also scoring goals in huge numbers.

And it is only impressive that they have been able to recreate this form in road fixtures as well.

Meanwhile Sao Paulo have been finding it hard to show consistency in their league games lately. They are letting in goals in plenty and have failed to take advantage of their home fixtures properly as well.

Moreover, they also have struggled quite a lot in recent head-to-head clashes.

By the looks of things, it is expected that we will see a Fluminense victory this Sunday.

Sao Paulo had failed to keep clean sheets in three of their past four overall games and they had remained winless in seven of their last twelve matches too.

Do also note that they were winless in three of their past six appearances at home.

On the other hand, Fluminense are on a 6-fixture winning streak, and they had scored a total of 14 goals in the process. Going on they were also unbeaten in 15 of their past 18 overall matches.

Considering these observations, it is expected that Fluminense will register the three points on the board.

However, considering the performances of the Sao Paulo offense at home lately, count on them to find the back of the net at least once this Sunday.

Tips for Sao Paulo vs Fluminense