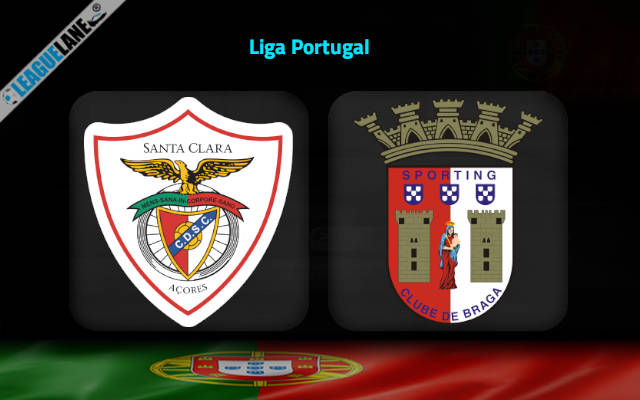 Braga could not have imagined a better end to the year than the 3-0 thumping of leaders Benfica last Friday.

It was a massive display from Artur Jorge’s men who inflicted the first loss of the season or Benfica.

Braga are now just six points shy of the table-toppers and still only a single point behind second-placed Porto in the Primeira Liga standings.

Interestingly, Braga had suffered a painful 5-0 defeat to Sporting Lisbon in the League Cup just a week before the mentioned drubbing of Benfica.

This says enough about the mental strength of the players and the team’s spirits at the moment.

Braga will have a nice chance to back up the mentioned victory on Thursday evening when they travel to Estadio de Sao Miguel to take on relegation strugglers Santa Clara in Matchday No 15.

Santa Clara offered a dismal performance in the six-pointer against fellow strugglers Gil Vicente in the previous round.

They registered just a single shot on target on the occasion. Gil Vicente are now just one point below Santa Clara in the position that leads to the relegation playoffs at the end of the season.

Santa Clara have been struggling for goals since the beginning of the season. They have scored only 11 in the maiden 14 rounds of the campaign. They had only one shot on target against fellow relegation strugglers Gil Vicente seven days ago.

Braga won four of the last five matches in all competitions without conceding a goal in any of these victories. We’ll back Braga to win to nil at the odds of 2.62. We also like the 7.50 odds offered for Braga to win 0-2 on Thursday.