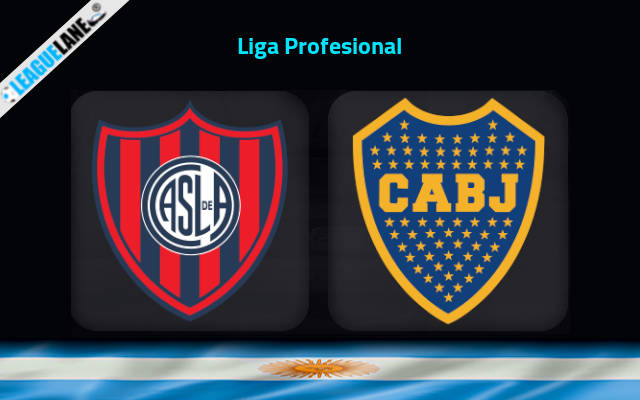 Matchday 7 of Liga Profesional is set for this weekend as San Lorenzo play host to the reigning champions where both these sides are separated by just a point but 3 places. These two teams will be seen clashing at Estadio Pedro Bidegain this Saturday.

Boca Juniors will play in this match after a 1-0 Copa Libertadores loss against Corinthians. From the 6 matches played so far, they won and lost 3 times each. The hosts now sit at the 11th spot with 9 points added to their name. They have a 11:11 goals to conceding ratio indicating an improvement in defense is needed.

In the previous matchday, the reigning champion dropped a few points on road by 0-3 against Banfield. They have been scored against in 5 of their last 6 games, with opponents netting 10 goals in all.

On the other side, San Lorenzo resides at the 15th position on the table with 7 points. Of the 6 matches played, they won and lost a game each while having drawn on 4 other fixtures. It’s possible we will see a couple of goals here, with the last 4 games for them ended with 2 goals or more being scored.

San Lorenzo will be looking for an improved result here following a 2-1 Superliga loss in their previous game against Barracas Central. Rubén Insúa’s men have netted a sum total of 8 times over their prior 6 outings. At the other end, the number of goals that have been scored against from the same adds up to seven.

Boca Juniors are undefeated by San Lorenzo when they have played them away from home in the previous 3 league games. We might see some goals in this one, with the last 4 games involving the visitors have ended with 3 or more goals being scored.

Meanwhile, San Lorenzo have not won at home in their last 11 games played across various competitions.The team have also conceded an average of 1.67 goals in their home matches.

By the looks of things, expect a victory for Boca Juniors this Saturday.