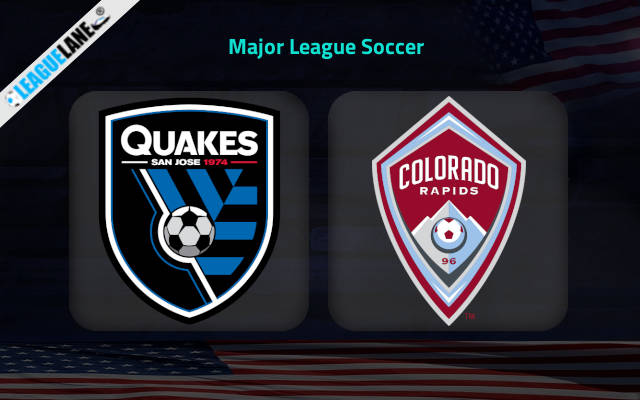 An exciting clash between two teams who have recently found the stride as Earthquakes hosts Colorado on Sunday.

San Jose is on a 10 match unbeaten streak which came at the end of a confidence-boosting 2-1 win over MLS giants LA Galaxy. They are definitely sending tremors down the tables with the form they are in.

One could argue that the Rapids are in even better form with 6 wins from the last 10 matches. This saw Colorado rapidly climb up the table all the way to third place. The entire offensive line seems reinvigorated for the final stretch of the league.

This is the second meeting between the sides this season and they will be looking to get one over the other after a 1-1 draw back in July.

Colorado had a 3 match winning streak away from home which came to an end after being held to a 1-1 draw by Kansas. San Jose is however unbeaten at home in the last 4 matches. In all cases, the match is promising to be a thriller!

We expect the Rapids to hold their ground against the Earthquakes and come out on top in a total thriller of an event. Recent form and head to head slightly tilt in the Favour of Colorado as well.

San Jose has the fewest points at home for any team in the conference with just 12 from 10 games, this will definitely benefit the visiting Rapids who have an excellent record on the road.

Since the match will be heavily contested we expect the goals to stay to come aplenty with more than 3.5 goals clearly on the table.

The predicted scoreline is 1-3 in the favour of Colorado