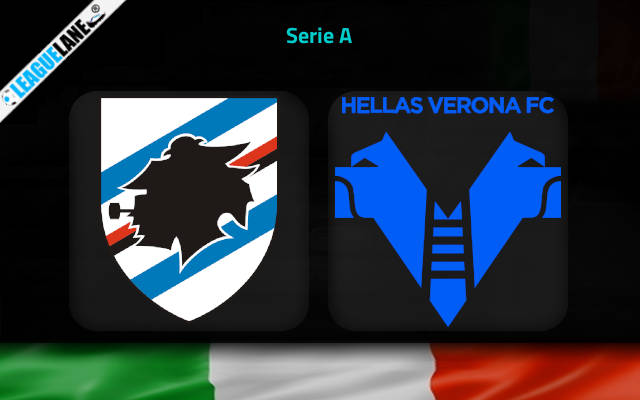 Verona left a much better impression so far in the season, especially in the last couple of months under Igor Tudor. However, they are still winless on travels and they have a disastrous head to head record against Samdporia. We are very much tempted by the home win pick at the 2.87 odds.

Sampdoria finally ended a three-loss run last weekend when they saw off Salernitana 0-2 on the road.

It was not a brilliant performance from Roberto D’Aversa’s squad but they got the job done and are now three points above the red zone.

Le Samp’s ambitions go beyond the top-flight survival as the team will surely be looking to climb the league ladder and try and get to top half as soon as possible.

D’Aversa’s men will be hoping to back up the mentioned with at Salernitana on Saturday afternoon when they play host to top-half side Hellas Verona at Stadio Comunale Luigi Ferraris.

The visitors will enter this match in much higher spirits. They have lost only one of the last ten matches in the league.

This is a consequence of a phenomenal job done by new manager Igor Tudor who took over Eusebio Di Francesco in mid-September.

Verona won three and drew two of the last five league affairs and they will enter this on the back of a 2-1 victory over Empoli on Monday evening.

Tips for Sampdoria vs Verona