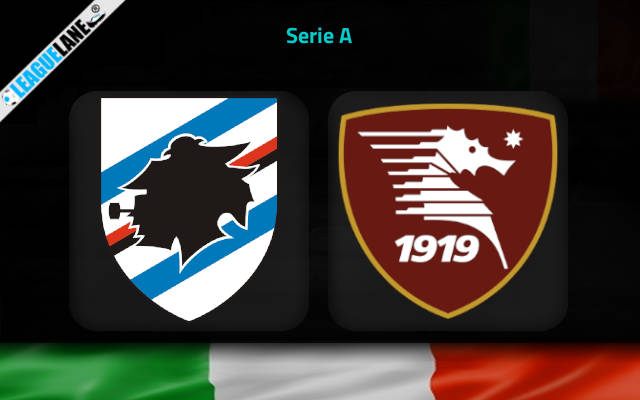 Salernitana are easily the absolute worst team in the whole of Serie A at the moment. They are placed bottom-most in the table, and need a surplus of nine points at the least to make it out of the relegation zone. And the worrying fact is that they have just eight games remaining to do that.

Note that so far they have been able to post just 16 points from their 30 fixtures. Going on, they are on a long winless run – most of them losses, and they have also conceded goals in plenty all along.

Meanwhile, Sampdoria are placed 16th in the table. And though they are going through a streak of losses, they do have a cushion of seven points over the relegation cut-off.

While this does not guarantee their safety, they can try to play without much pressure. Moreover, they have the luxury to take advantage of the desperation of the struggling Salernitana as well.

By the looks of things, anticipate a win for Sampdoria this weekend.

Sampdoria did lose 2-0 on the road the last match-day, against Bologna. But it needs to be taken into account that they had won two of their past four appearances at home, and they had scored two or more goals in two of these wins.

Moreover, they were unbeaten in five of their past ten appearances at home.

On the other hand, Salernitana lost 2-1 on the road the past game week, against Roma. They are also on a three-fixture losing streak, and they are on an 11-game winless run. Going on, they were also winless in 20 of their past 21 fixtures.

Considering these observations, and the h2h superiority of Sampdoria, expect a win for them this weekend.

Tips for Sampdoria vs Salernitana