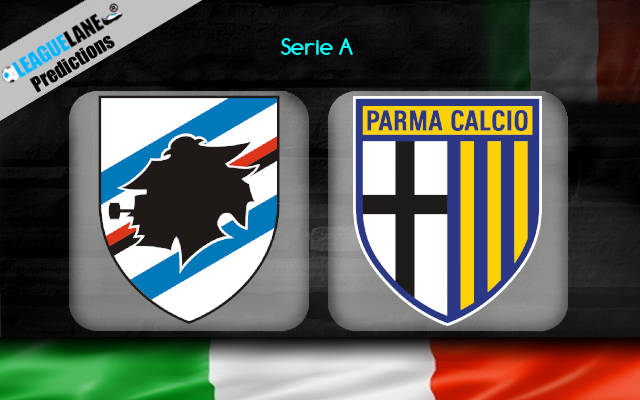 Sampdoria will have a nice chance to end the successful campaign in a strong manner on Saturday evening when they play host to the rock-bottomed Parma on Serie A Matchday No 38.

Sampdoria will finish the season at the 9th place regardless of the results on the final day. Their fans can look it as a decent campaign although the team did little to cause problems to domestic giants in a potential quest for the European spots next season.

Claudio Ranieri’s troops picked up a 0-1 victory at Udinese last weekend thanks to a spot-kick goal from substitute Fabio Quagliarella in the dying minutes of the affair.

It was the 12th goal of the season for the veteran striker who will fancy his chances of adding to such a tally in the very last fixture against Parma.

Parma’s defense has been anything but reliable in this term of Serie A. The visitors are currently the most out-of-form club in the entire division.

Parma dropped to the very foot of the league standings after suffering eight successive top-flight defeats. The latest came six days ago when I Crociati shipped three goals at home to Sassuolo (1-3).

Parma have thus conceded nine goals in the last three losses and we can hardly imagine them snapping an eight-game losing thread here against Sampdoria.

Sampdoria have done very well in the last several home fixtures. They won two and drew one of the last three at Stadio Comunale Luigi Ferraris, scoring at least two goals in each of these games.

Since Parma lost eight on the spin in the league and two in a row against Sampdoria, the home win has to be considered a genuine banker bet at the odds of 1.75. We will also back the hosts to score two or more goals at the 1.57 odds, while you shouldn’t make a mistake backing Fabio Quagliarella to score anytime either.