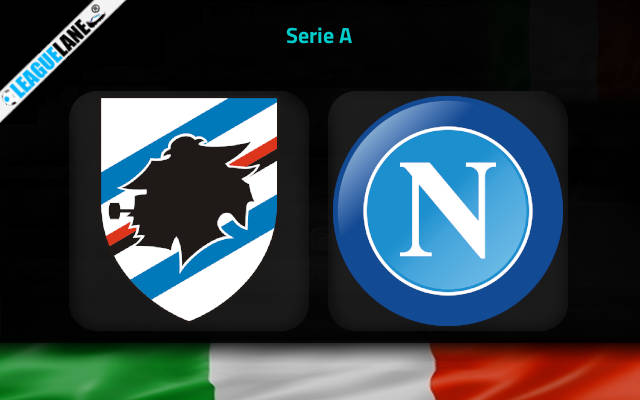 Sampdoria vs Napoli Predictions and Free Tips from our expert tipsters when the teams go head-to-head in Italian Serie A on Sunday, 8 January 2023.

Napoli have absolutely been the best team in the Italian top flight this season – and this statement stands in spite of their narrow loss against former champions Inter. They are still at the top of the table, and that too with a lead of five points.

Sampdoria are one of the worst in the Serie A, and are a contender to get relegated at the end of the campaign. They have won just twice all through the current league season, and both wins came against fellow relegation-battlers.

As one would expect Napoli have a phenomenal h2h record against this foe. They are on a seven-game winning streak in such match-ups, and even won 12 of the former 13 such encounters.

They scored in plenty along the way, and at the same time they kept clean sheets consistently too. In fact, the combined scorecard for the past three h2h fixtures at this ground is 2-10 in their favor.

Who will win the match between Sampdoria and Napoli?

Napoli are such an obvious pick here. They are determined to make amends for their recent loss, and continue on their journey to that elusive league title. They have an absolutely dominant h2h record against this opponent, who happens to be battling relegation.

The toppers scored the most number of goals in the whole league this season, while only one other team managed to concede more than Sampdoria. By all means, expect goals in huge numbers.

It is quite unlikely to occur, as the toppers are dead-determined to get back into their winning groove. Moreover, only Juventus have conceded fewer goals than them this season, while Sampdoria scored the least number of goals of all the teams in the league.

A -1.5 Asian Handicap for Napoli priced at 2.20 odd is a great pick here. They are wounded beasts, and are taking on minnows here. It is most possibly going to be a bloodbath.

Continuing on the same note, anticipate goals in huge numbers too. Over 2.5 Match Goals at 1.83 odd seems like a superb choice here.