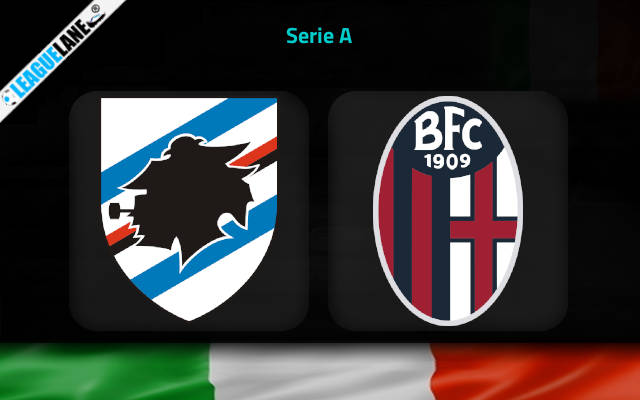 Bologna will enter this match in much higher spirits but we are worried about their dreadful form on travels. This is why backing a stalemate does not seem to be a bad idea given you can get the pick at the sky-high 3.60 odds.

Sampdoria will be desperate to shift their fortunes around as soon as possible. They have been struggling badly to perform at the desired level since the beginning of the season.

The team led by Roberto D’Aversa won only 2 of 11 league fixtures this term. They lost three of the last four Serie A outings and will come into this game in the lowest of spirits.

The latest of Sampdoria’s failures came last weekend when they fell 3-0 away at Torino. Le Samp were completely outplayed in Turin where they produced one of the weakest displays of the campaign.

Bologna will enter the match in much higher spirits following a 2-0 victory over Cagliari on Monday evening.

However, the visitors have huge problems with their performances away from Stadio Renato Dall’Ara this season.

The team led by Sinisa Mihajlovic are winless on travels in this term. They only collected two points from five away outings this season, shipping as many as 14 goals in the process.

Tips for Sampdoria vs Bologna