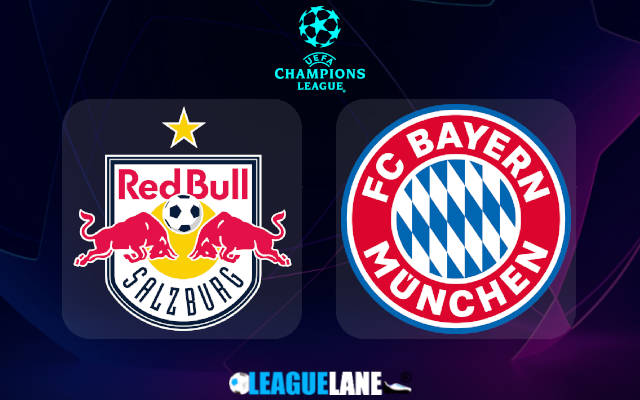 The Bavarians have had minor setbacks once in a while this season, but it seems nothing might be able to stop them from going after a tenth straight league title in Germany.

They have been scoring goals at a stupendous rate – that even the likes of Manchester City have failed to produce the same kind of numbers.

Meanwhile, Salzburg might be the top dog in Austria, but they are about to take on the big boys now. Kudos to them for making it to the Round of 16 in the CL – which is an achievement in itself, for a team of their caliber.

But sadly, their run is probably coming to an end here. They are far below of the level of the German champions, and even have a poor h2h record against them.

By all means, Bayern Munich are massive favorites here.

Salzburg recorded a 1-0 win at home against Sevilla in their latest CL fixture – which had come in the group stages.

They were winless in five of their former eleven games, and of the total three losses during this stretch, two had come in the Champions League.

On the other hand, the Bundesliga title-holders registered a 3-0 win at home against Barcelona, in their latest match-up in the CL. They had won 25 of their former 30 overall fixtures, and they had also won 12 of their past 15 road trips.

Moreover, they have easily been the best team in Europe this season by a mile – with possibly a single exception being Manchester City.

The Bavarians are surely going after a seventh European title, which would bring them level with AC Milan – and with only Real Madrid in front.

Surely expect a compelling win for the in-form Bayern Munich this Wednesday.

Tips for Salzburg vs Bayern Munich