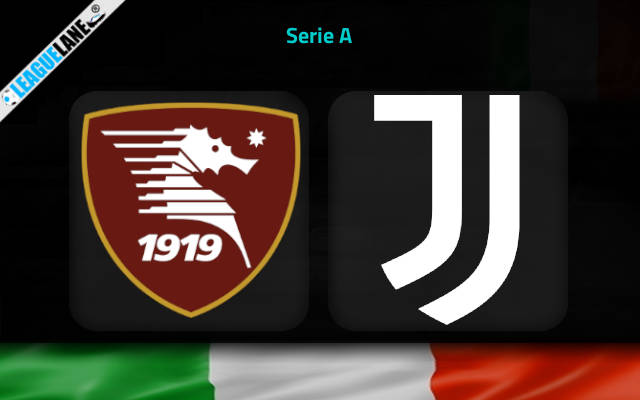 To the disappointment of Juventus fans around the world, Massimiliano Allegri’s return to the club as manager has not worked out for the club’s ambitions, 14 games into the league. Allegri has to take the team back to their dominant best to regain the love and support among the supporters and management of the club.

Salernitana in their return to top-flight football after a 23-year long hiatus are struggling and are in desperate need of points sooner rather than later if they are to stay up in the Serie A.

These teams are set to go up against each other at the Stadio Arechi this Tuesday. Read our Preview, Predictions, and Betting Tips with Analysis here.

U.S. Salernitana 1919 have managed just a couple of victories in the league, coming against Genoa, another team in the relegation zone in a 1-0 score line at home and a 1-2 win on the road against Venezia another newly promoted team.

They have further managed a couple of draws and are currently rock bottom in the table, 3 points behind Spezia who are 17th in the table. In their most recent game, Federico Bonazzoli equalised in the 90th minute against Cagliari away from home to rescue a point from the game that ended 1-1.

The Old Lady started off the season with 4 games without a win, which was followed by a winning streak of 4 games, the team has since had a mixed run of games. In their preceding match, Duvan Zapata scored the only goal for Atalanta to give his team all 3 points from the fixture.

La Madama is 7th in Serie A with 21 points, 14 points behind league leaders Napoli. After their embarrassing loss against Chelsea at Stamford Bridge they are 2nd in Group H level on points with Chelsea.

The Bianconeri will go into the match off the back of 2 significant losses however they should return to winning ways in a comfortable manner in this fixture having lost just once in their last 5 league home games and going up against a club that has just one home win in the season.

The hosts have failed to score in 7 separate fixtures and 4 of them at home. They are unlikely to score against a side that has conceded the 3rd fewest goals in the division.