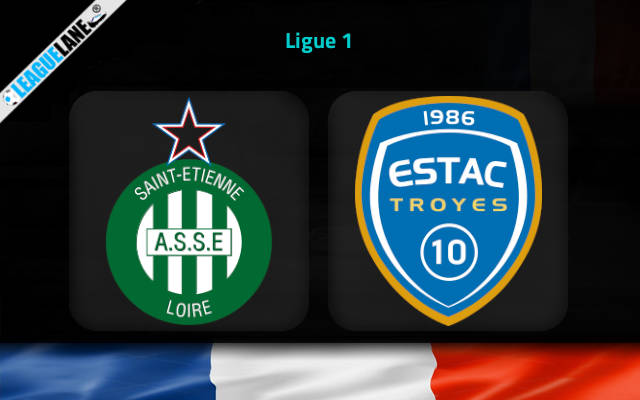 Etienne are stuck in the relegation zone, and with the season approaching its closing stages, they are under pressure to improve massively. As things stand, they need to climb over the 17th placed Lorient, to avoid the risk of being booted to Ligue 2.

They have struggled with their defense all through the campaign, and it only could get worse here on, considering they are about to try out some risky playing styles to post points on the board.

Meanwhile, Troyes too have had issues of the similar kind throughout the 2021-22 edition of the Ligue 1. However, they have slightly turned around their campaign, and are on a short but active winning streak at the moment.

As a result of that, they have put a safety cushion of points over the relegation cut-off, and will try to build on that this weekend – since they are pitted against one of the worst teams in the competition.

By the looks of things, anticipate Troyes to have the edge this Friday.

Etienne were held to a 0-0 draw the last match-day by Lille. They were also winless in 11 of their past 17 overall fixtures, and in the process had gone on a four-game losing streak.

It also deserves to be mentioned that they have won just thrice at this venue since May of 2021.

Taking into account these stats, expect Troyes to have the upper hand. And considering the desperation of Etienne, anticipate a high-scoring affair as well.

Tips for Saint-Etienne vs Troyes