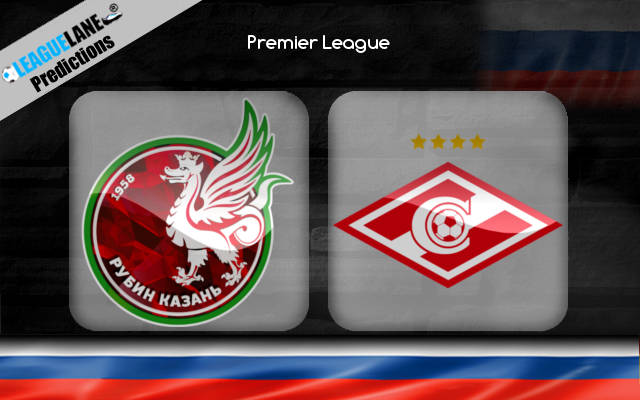 Rubin Kazan was a little close to the title last season in the Russian Premier League. The Stones will come into the new edition of the campaign for their opening match on Saturday. They will lock horns with the last year runners-up Spartak Moscow at Ak Bars Arena.

The host has lost only one of their last seven clashes in the campaign. The Stones will come into the game on the back of a three-game unbeaten run with a draw in it. Their previous encounter was at home with Volgograd which ended in a 1-1 draw.

In the meantime, Spartak has been unbeaten in their last four clashes in the league. The visitor has lost only two of their last ten matches in the schedule. They will visit on the back of a 2-2 draw on the road with Akhmat Grozny last time out.

Rubin Kazan has won just two of their recent five home matches in the campaign. Since the host has dropped points three times in their last five attempts, they will not have much use of the ground advantage in the middle.

On the contrary, Spartak Moscow has lost only one of their last five outings in the league. Besides, the visitor has lost none of their last eight visits to this venue since 2014. Hence, the away team will have an edge over the host in the fixture.