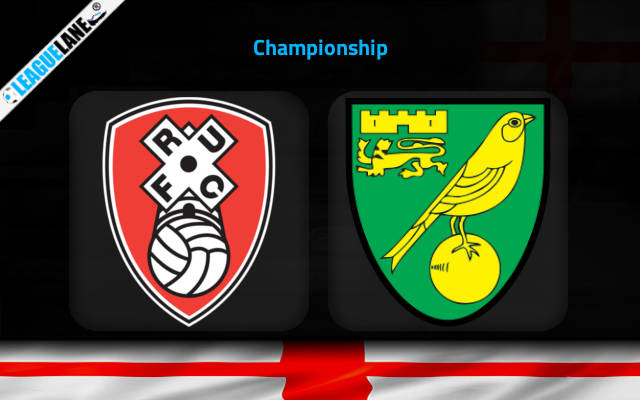 Rotherham line up against away team Norwich in a Championship fixture at Aesseal New York Stadium on Saturday.

It is worth noting that Norwich had a winless start to this season. After opening the season with three winless outcomes, they have evolved into an excellent shape by evading defeats.

Going on, they have returned back to the winless form by conceding four defeats in the past six league fixture. However, they have bounced back with a 3-1 win over Stoke in the previous round.

They are on an average stretch of performance this season. From the last 6 league matches, the team has got two win, one draw and three defeats.

Going on, they will head into this fixture after suffering a 1-0 defeat against Cardiff. They are on a three-fixture winless streak after that loss.

Norwich, currently fifth in the table, have a 6 points and 8 position gap to their opponents on Saturday. They are also favored based on the current form in the league of both. Therefore, expect a victory for the visitors on Saturday.

This match is a great chance for the visitors to regain their lost momentum in the league. We like to back Norwich to seal a win as the main bet while backing Both Teams to Score as the secondary bet.