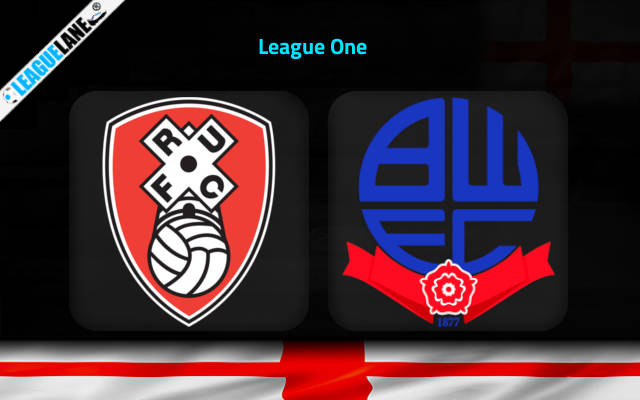 Rotherham have been much better so far in League One season, and we have to see them as big favorites here against Bolton. Also, the hosts left a much better impression in their previous round’s affair despite a 1-0 loss against Accrington Stanley.

With just one points difference with the second placed Sunderland, Rotherham would be expecting to collect three points against an inconsistent Bolton side at Aesseal Stadium this Saturday.

The Trotters will not enter the match in high spirits. They conceded two away defeats recently. They are going through crisis in terms of consistency in away games lately.

They have only scored four goals in last 8 away games and have failed to score at least one in last 6 games consecutively.

On the other hand, The Millers are enjoying a strong spell of form lately with 6 wins in the last 8 rounds, conceding a defeat for only once with a tally of one drawn game.

They are unbeaten for 8 home games. They will go into this off the back of two big wins against Burton and Gillingham.

The team from Bolton who have been terrible defensively in their latest games, would be allowing the hosts to have plenty of room to keep delivering up front.

The Whites will surely be able to find the back of the nets for once, however it probably won’t quite prevent them from conceding a couple or more at the other end.

Therefore, we’re tipping a 2-1 victory for Rotherham at the end of the match.