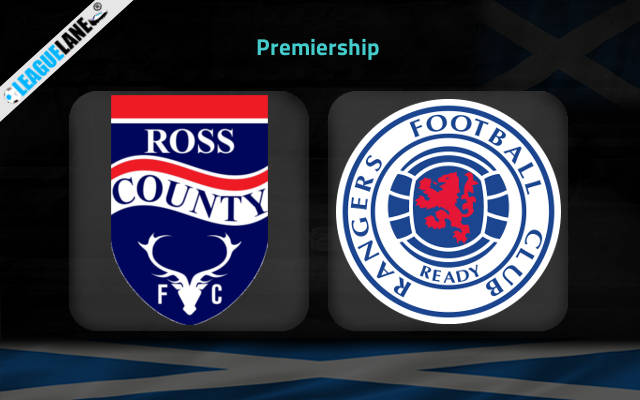 Rangers will continue their daunting post-World Cup schedule on Friday evening when they travel to Dingwall to take on Ross County in the first game of Matchday No 18 in Scottish Premiership.

It will be the third league game in the last eight days for the Gers. They have managed to survive the Hibernian scare last Thursday, coming back from behind twice to earn a 3-2 victory at Ibrox Stadium.

Fashion Sakala, Ryan Kent, and Alfredo Morelos were all on target on the occasion, announcing much better performances in the second part of the season.

The team led by English manager Michael Beale had a very tough away game against Aberdeen on Tuesday night and it will be very interesting to see if Beale will rotate his squad for this tie against Ross County.

Rangers are still second in the Premiership standings, sitting nine points behind leaders Celtic. The main problem for the Gers before the World Cup break lies in their performances on the road.

They slipped up in four of seven away outings so far in the season. Can Beale’s men go past Ross County unharmed on Friday?

The hosts sit third from bottom in the league ladder with just 4 wins in 17 games so far in the season. They have the second-worst attacking record in the league with 14 goals scored so far.

Ross County showed a weak performance in the 1-2 home loss to St. Johnstone last weekend. To make things worse, they will be here without standard center back Jack Baldwin who got sent off in the mentioned defeat.

This should be as one-sided contest as possible and we will back Rangers to win in -1.5 Asian Handicap at the odds of 1.95. You can alternatively back the Gers to win to nil at the 2.20 odds.