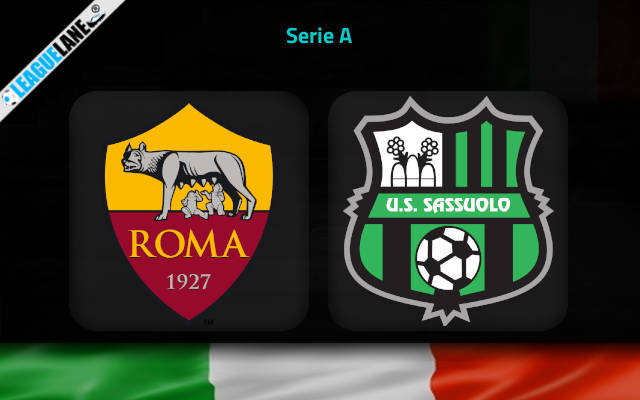 Roma and Sassuolo will close the exciting Serie A Sunday with their third round tie at Stadio Olimpico.

Two unbeaten outfits are ready to come across each other in one of the most interesting games of the Matchday No 3 on Sunday afternoon in Rome.

The hosts opened the season in a fantastic fashion despite losing their talismanic striker Edin Dzeko this summer.

His replacement, Tammy Abraham, bagged his first Roma goal in the 0-4 drubbing of top-flight newcomers Salernitana before the international break.

The Romans have thus bagged seven goals in the opening two fixtures. Jordan Veretout was on target against both Fiorentina and Salernitana and he is currently the team’s top scorer with three goals in two appearances.

If we count the UEFA Europa Conference League playoffs outings against Trabzonspor, Roma will go into this tie with Sassuolo on the back of four straight victories across competitions.

The Gialorossi have bagged as many as 12 goals in these four victories. They will fancy their chances of maintaining the fine form here against Sassuolo who played attacking-minded football in the last couple of seasons.

The Neroverdi will travel to the capital with four points from the initial two matches. They saw off Verona 2-3 on the road on the opening day before playing out a goalless draw at home last time around against Sampdoria.

Sassuolo will play against tradition here as they only managed to beat Roma once in their 16 head to head encounters.

The two clubs shared spoils in each of their clashes in the previous term of the Serie A.

At least four goals were scored in three of the last four head to head games between these two teams.

This match has goals in it. Both teams are well capable of producing in the final third and they’ve both already shown it at the start of the season (Roma in particular).

The Over 2.5 goals FT & Both Teams To Score is thus the way to go at the 1.72 odds. We will also back the hosts to maintain their superb form and pick up the fifth successive win here at the 1.57 odds.