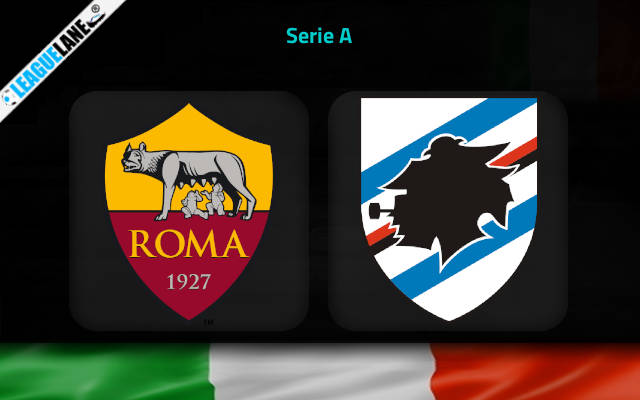 Roma will enter the game in much higher spirits. They have dominated this matchup of late and they will be up against an outfit that allowed three goals in four of the last six away games. We are backing the home win in a high-scoring contest here.

Roma celebrated their most important win of the season so far on Saturday when they demolished Atalanta 1-4 away in Bergamo.

Tammy Abraham starred with a brace at Gewiss Stadium to help the Romans get back in contention for the top-four finish.

Roma won two in a row in the league now and are just six points shy of the fourth-placed Atalanta.

They will be looking to extend the winning run on Wednesday afternoon when bottom-half Sampdoria travel to the capital for the 19th round clash at Stadio Olimpico.

The visitors go into this off the back of a disappointing 1-1 draw to recently-promoted Venezia at their Stadio Comunale Luigi Ferraris.

Le Samp have two losses, one draw, and one win in the last four Serie A outings. It is not the most promising spell of form ahead of the clash with the Romans.

Also, Roberto D’Aversa’s troops lost four of the last six away fixtures in the league, shipping three goals in each of these defeats.

Each of the last six games Le Samp played in all competitions produced goals at both ends.

Tips for Roma vs Sampdoria