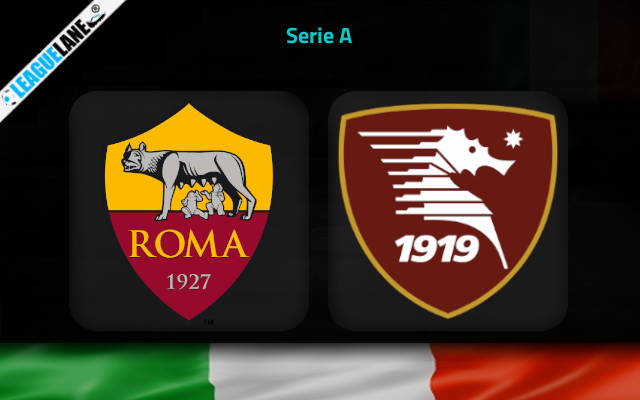 Roma will have a great opportunity to maintain the ten-game unbeaten streak in Serie A on Sunday afternoon when they host the rock-bottomed Salernitana at Stadio Olimpico.

The Romans won four and drew one of the last five league games and are now only five points behind Juventus in the fourth position.

Can Jose Mourinho and his troops get involved in the battle for the UEFA Champions League football in the next season with the continuation of such a strong spell of form in the remaining seven games of the campaign?

They have suffered a 2-1 defeat to Bodo/Glimt in the first leg of the UEFA Europa Conference League quarterfinal on Thursday evening and Mourinho may make some changes to his starting lineup ahead of the rematch with the Norwegians on Thursday.

Nonetheless, we must speak about Roma’s impressive defensive form in the domestic league as La Lupa allowed only one goal in the previous five Serie A outings. The thread involves a 3-0 thumping of Lazio in the derby of Rome.

Salernitana are the weakest team in the elite class of Italian football and they do not have much to hope for here against an in-form Roma side.

The visitors are nine points below the safe zone and only a miracle can prevent their immediate return to Serie B football next season.

Salernitana will travel to the capital winless in ten consecutive league games and they have failed to find the back of the net in the last two defeats to Juventus and Torino.

Roma shipped just one goal in the last five Serie A matches. Salernitana own the worst attacking record in the division and they will travel to Stadio Olimpico after failing to find the net in the last two league games against Turin teams.

The home win to nil is thus the way to go here at the 2.00 odds, while we will also suggest Roma to win by two or more goals difference at the odds of 1.80.