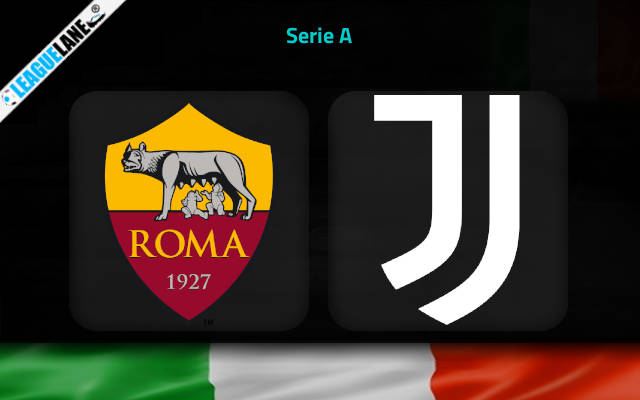 Neither Roma nor Juventus have been successful in the first half of the Serie A campaign. Both outfits are currently outside the top-four in the league standings and desperately need to step up as soon as possible if they want to rescue the season.

Juventus had a better finish to the previous year and they are currently three points above the seventh-placed Roma.

The Bianconeri are, however, still three points shy of the fourth-placed Atalanta who also have a match in hand on them.

Juventus will definitely go into this tie against the Romans in much higher spirits after winning five and drawing two of the last seven outings in all competitions.

Bianconeri showed a decent team spirit to come from behind and earn a point in mid-week’s 1-1 draw to Napoli (their maiden game of the year).

Roma, on the other side, started their year with a dismal showing in a 3-1 defeat at AC Milan. Jose Mourinho’s men looked very vulnerable defensively in that game and were eventually even lucky to ship only three goals on the occasion.

The Romans generally play better at home than on the road, but they also struggle against stronger teams even at Stadio Olimpico.

Mourinho’s troops have thus lost two of the last five home fixtures in the league and these defeats came against the likes of AC Milan and Inter Milan.

Roma left a really bad impression on Thursday against AC Milan. They don’t have a positive record in the head to head clashes against Juventus and they will enter this tie in much lower spirits as well.

The away win is thus the only logical betting option and you can back it at the 2.15 odds. Braver punters can back Juventus to have the lead at the half time and win the match at the end at the super-attractive 3.60 odds.