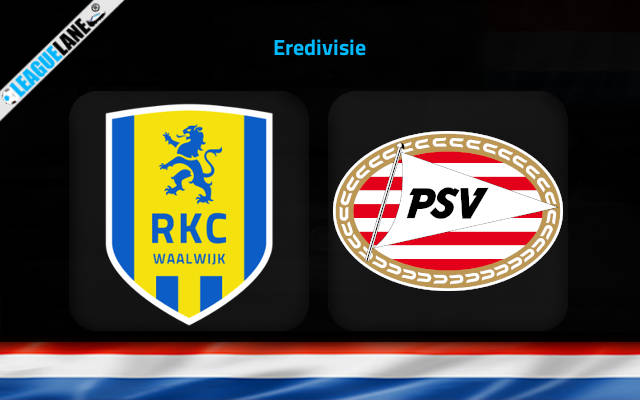 Waalwijk scored three goals in the last two league games, and we would not be surprised to see them on target here against PSV. However, the visitors are still massive favorites to claim the spoils and stay at the very top of the league ladder. PSV to win & Both Teams To Score is the standout betting option at the odds of 2.87.

PSV took advantage of Ajax’s slip up in their home fixture against AZ Alkmaar last weekend to go on top of Eredivisie standings after a 1-2 victory away at NEC Nijmegen.

It was a hardly fought victory for Roger Schmidt’s men who had to dig deep to secure a comeback after conceding the opening goal of the affair.

Nonetheless, Yorbe Vertessen and Carlos Vinicus got big in the final ten minutes of the clash, scoring a goal apiece in a 1-2 comeback.

PSV have now won five and drawn one of the last six league matches. They have scored two or more goals in each of these five victories in the process.

Schmidt’s troops will fancy their chances of maintaining such a great spell of form on Sunday afternoon when they are set to close the Matchday No 17 with the away fixture against bottom-half RKC Waalwijk at Mandemakers Stadion.

They won only one of the last six league outings and should not represent too big of a challenge for the red-hot PSV side on the occasion.