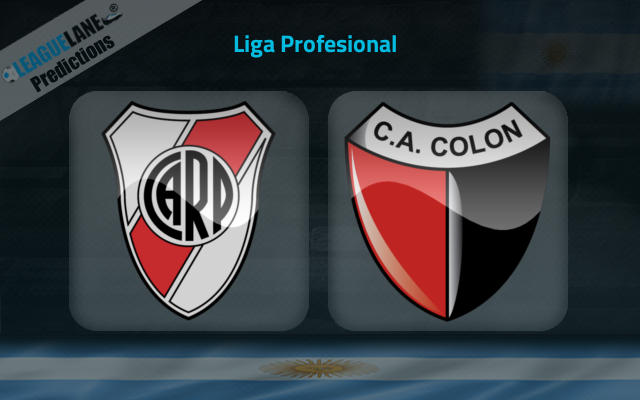 River Plate have been one of the best teams in the Argentine top flight for the past several years. Meanwhile, Colon was the one of the worst in the competition the past campaign. Likely, expect River Plate to post the three points on the board.

Colon had finished second to last in the table – and not only had they scored the least number of goals of all the teams in the league, but they also had conceded the second-most.

They were able to secure just 18 points from their 23 games, and had won just five times all through the campaign.

In the meantime, River Plate had narrowly missed out on the title, as arch-rivals Boca Juniors had a slender lead of one point. However, the former finished second in the table, and had scored the most number of goals in the process as well.

On top of that, they also have a good h2h record over the years.

By the looks of things, expect a win for River Plate this weekend.

River Plate were unbeaten in 15 of their past 18 overall matches, and they have faced just seven defeats at home in the past 18-month period.

Importantly, they have a superb h2h record against this rival, and especially so at this venue. Do also note that Colon were one of the weakest teams in the Argentine top flight the last season, and had finished second to last in the table.

By the looks of things, expect a win for River Plate this Sunday, and goals in huge numbers as well.