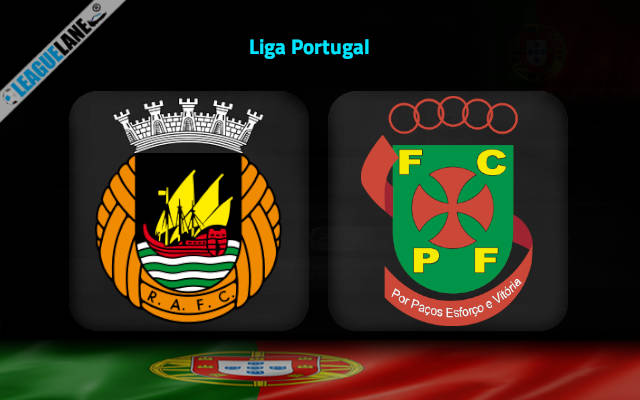 Rio Ave vs Pacos de Ferreira Predictions and Free Tips from our expert tipsters when the teams go head-to-head in Liga Portugal on Saturday, 14 January 2023.

Rio Ave held Vitoria last time to a goalless draw. They are eighth in the league and are unbeaten in the last four outings. They have performed well at Estádio do Rio Ave in the last two months.

Zé Uilton‘s second-half goal helped Pacos Ferreira win one point as they held Chaves last time by 1-1. They are at the foot of the table and are still searching for their first win of the season.

The visitors have played well against this team in the past. As they are unbeaten in the last three head-to-head matches.

Who will win the match between Rio Ave and Pacos de Ferreira?

The host will most likely take all three points from this game. Manager Luís Freire is well aware of their opponents’ abysmal form in the league. It is important to note that the previous record is not valid in the current scenario as the visitors are yet to win a single game this season.

The last five head-to-head matches ended with not more than two goals. The only exception was the one game back in June 2020. At this ground, the last meeting ended in a 1-1 draw.

Both teams have scored in the last four meetings at Estádio do Rio Ave. We can expect the same pattern to follow up this time as well.

The main reason why the visitors are at the foot of the table is that they have not a single game this season. At the same time, Rio Ave are on a four-game unbeaten streak. Also, at Estádio do Rio Ave they are unbeaten in their last four home matches. We can back Rio Ave to win this game– at 1.85 odd.

Our second tip is that Both teams to score – the odd for this tip will be at 2.00. Both teams have scored seven goals in two of their last three overall head-to-head matches.