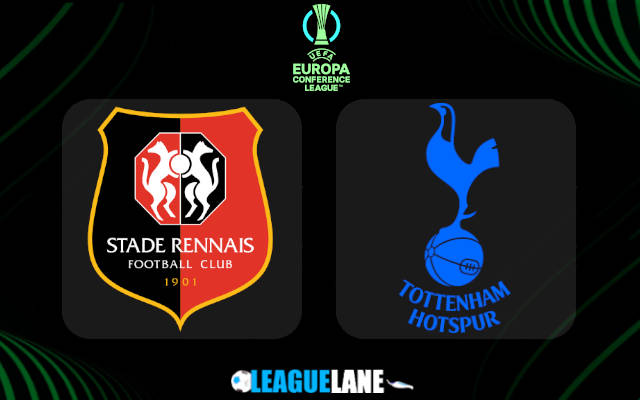 The Spurs are one of the major favorites to lift the Conference League at the end of the season. They might have failed to qualify for the Europa or the Champions League, as they had to be content with a seventh-place finish the last season in the PL.

But that just might have been the blessing in disguise they needed, to finally put an end to their trophy-less run, and it also stands to reason that this is why the management held on to talisman Harry Kane, despite an offer of 150 million coming in.

They have raced to a great start in the English top flight. In fact, they have a 100% winning record this new league season, barring their match-up against Crystal Palace, where they had received an early red card.

Moreover, along with them,  Rennes seem to be the only contender for the top-most spot in the group, and if the Spurs are able to deliver a win this Thursday, they might have paved their path to become the group champions.

They also have a great record against French teams over the years, while Rennes have not fared well against EPL opponents. Moreover, the Ligue 1 side has also been on a poor run lately, and seem to be in no shape for a win.

Likely, expect Tottenham to start their Conference League campaign with a win.

Rennes are on a two-game losing streak, and have conceded two or more goals in both. They were also winless in 11 of their past 16 overall matches, and they have always struggled against English opponents.

In the meantime, Tottenham had won seven of their former ten match-ups, and they had kept clean sheets in all but one league game this season, in which they had to play with ten men.

The team is eager to get their name marked in history as the inaugural Conference League champions, and will be certainly going after a convincing win in their opener.