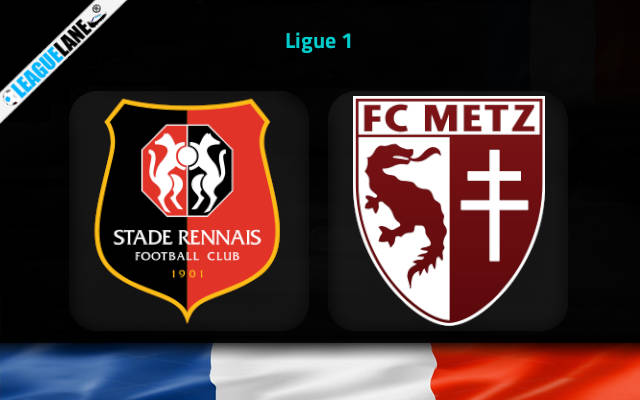 Stade Rennais have won their last 4 league matches in succession by at least 2 goals and are currently in the zone for Europa League promotion. They are only 1 point away from Nice who are in the Champions League qualifier spot.

FC Metz’s performance has been disappointing of late, as they haven’t seen a victory since the last 7 league fixtures. They remain at the second last position, battling relegation and this upcoming win would certainly help to ease the way.

With 26 points and 14 places apart, The Maroons will be traveling to SRoazhon Park in Rennes for the 29th Round of Ligue 1.

The Red and Blacks are at the 4th spot on the standing with 49 points from 28 games. They won 15 times in the league while drawing on 4 and losing on 9 other occasions. In all of their last 4 home games in Ligue 1, Stade Rennais have managed to win at both half time and full time.

Rennes won their fourth league game in succession against Lyon by 4-2, last week. It’s not been often in recent times that they have kept a clean sheet. In fact, they have been scored against on 5 of their previous 6 games, giving up 8 goals during that time.

On the other side, The Maroons reside at the 19th position on the table with 23 points. Of the 28 matches played, they won only 4 games while drawing on 11 and losing on 13 other occasions. Their total goals to conceding ratio stands at 25:46 up to this point.

Previously, Metz had a goal-less draw in Ligue 1 against RC Lens. No goals have been scored by them in their last 4 games in the league and their forwards has been criticized for the least scoring figures in the league.

The hosts haven’t lost in the league to FC Metz in their previous 4 matches and remain undefeated in their last 4 home league matches. Moreover, the visitors are without a win away from home in their last 3 matches in the league. Therefore, we predict a home win this weekend.