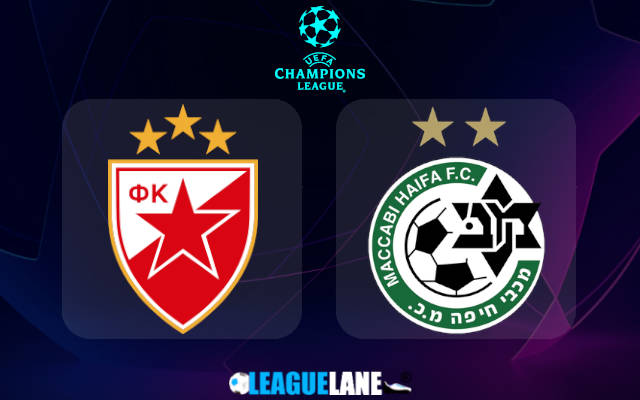 Both Red Star Belgrade and Maccabi Haifa are the domestic champions of their respective leagues and they have been on stupendous winning streaks as well. Both teams are finding the back of the net consistently.

Red Star Belgrade lifted the Serbian titled the last season in style. They had lost just once all through the campaign and had posted 100 points against their name at the end of the campaign.

In fact, they had found the back of the net an astonishing 95 times from just 37 fixtures and all along they had conceded just 19 goals.

Meanwhile Maccabi Haifa are the reigning Israeli champions and they had scored 16 more goals than any other team in the whole tournament. It also deserves to be mentioned that they had lost a total of just 3 times all through the regular season campaign.

Moreover, the first leg of this playoff tie had finished in a 3-2 win for Maccabi Haifa in front of their home crowd.

And now both these teams are just a single game away from securing a ticket to the upcoming edition of the Champions League.

Expect a fierce encounter this Tuesday between the 2 teams and anticipate goals to come in plenty as well.

Red Star Belgrade had won 7 of their past 8 overall fixtures and in the process they had found the back of the net an impressive 30 times.

Do also note that they are on a 5-fixture winning streak in front of their home crowd, and they had won 11 of their past 13 home games as well.

On the other hand, Maccabi Haifa were unbeaten in 5 of their past 6 overall games and they had also won 3 of their past 4 matches. Moreover, they have also registered a 3-2 victory in the first leg of this fixture.

Taking into account these observations, expect a goal-fest this Tuesday between the two determined and in form squads.