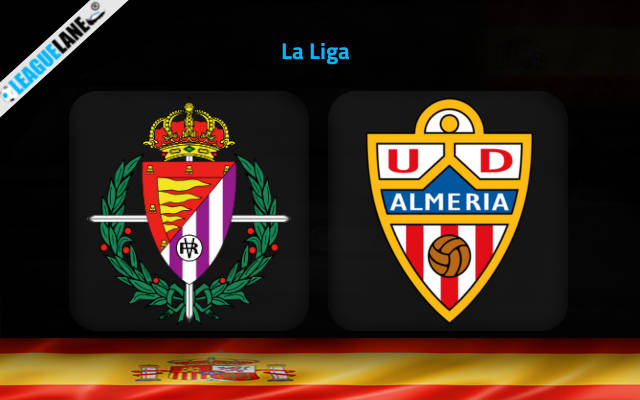 Both Valldolid and Almeria are teams that were promoted to the top flight at the end of the last season and as expected they have been struggling to post points on the board so far in this new season.

And it has been unfortunate for both squads that they have been pitted against some of the strongest teams in the Spanish La Liga, right away in this starting phase of the campaign itself.

As such the teams have invited some pressure upon themselves and will be determined and desperate to post some much-needed points on the board.

Going on, it also needs to be considered that instances would be rare for the two squads where they would not be underdogs in the 2022-23 season.

However, against each other they will be expected to be equally strong – especially since both teams had posted the same number of points in the Segunda table the previous season.

Moreover, goals have also come in plenty whenever these two squads have taken on each other, and judging all these observations it is expected that we are about to witness a high-scoring affair this Monday.

Valladolid are on a 6-game winless run and they had let in three or more goals in two of their past three matches. It also needs to be noted that their latest victory in front of their home crowd had come three months back.

On the other hand, not once have Almeria kept a clean sheet in this new campaign and their latest win away from home also had come three months before.

However, during the course of the previous season they had found the back of the net in plenty and they also have the confidence of having secured promotion to the top flight after overcoming several challenges.

More importantly the two teams have combined together in the past to produce some thrilling goal-fests as well.

Considering these observations, anticipate a high-scoring thriller this Monday.

Tips for Real Valladolid vs Almeria