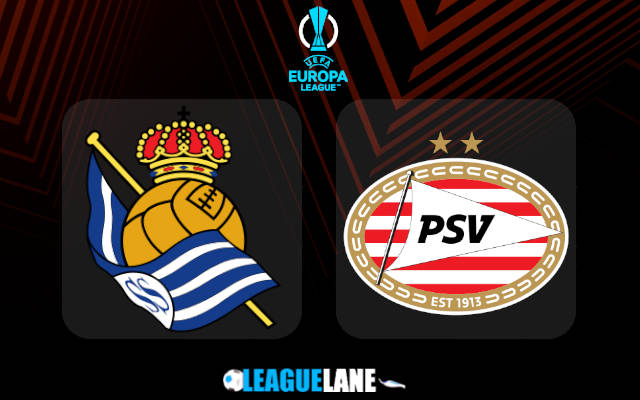 Real Sociedad have been struggling badly for goals of late. They have also won only one of five Europa League outings so far in Group B. We do not see them as favorites here which makes the draw or away win double chance a great betting option at the odds of 2.00.

The knockout phase of the UEFA Europa League will be at stake on Thursday evening when Real Sociedad host PSV at Reale Arena.

The visitors go into the Group B decider with a two-point advantage on the Spanish outfit.

Nonetheless, a defeat in San Sebastian drops them to the third place in the group. In this case, they would continue the competition in the UEFA Europa Conference League given Sturm Graz will certainly finish this group at the very foot of the standings.

PSV will enter this tie in higher spirits. They demolished Utrecht 4-1 at home on Saturday evening.

Roger Schmidt’s men won four and drew one of the last five outings across competitions. They have scored at least two goals in each of these four victories.

On the other side, Real Sociedad dropped to fifth place in La Liga after claiming only one point in the last three rounds.

The latest of failures came on Saturday night when the Basques fell 0-2 at home to Real Madrid. Imanol Alguacil’s men did not score a single goal in the last three league outings.