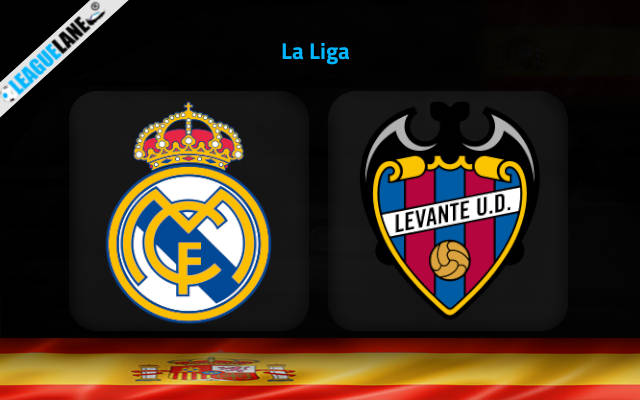 The Los Blancos have already won the league and they are absolutely on cloud nine now. Their run in the Champions league has been nothing short of a miracle so far, especially after they managed to knock out three major heavyweights in back to back ties.

After coming this far they will be determined to go all the way and add a 14th European trophy to their collection, but they will have to defeat Liverpool for that.

The Champions League final is at least three weeks away, and the team can afford to take some rest. But the Royal Whites know the importance of maintaining momentum, especially when going against a team like Liverpool.

As such, they will have to try and register some huge wins in the league. And just as the doctor ordered, they have some easy match-ups coming up. And keep in mind they have the luxury to play without pressure, since they have already been crowned the league winners.

This Thursday, they are at home, and are taking on one of the worst teams in the entire Spanish top flight this season.

Levante are placed 19th in the table, and it is almost a certainty that they will be relegated once the campaign comes to a close. They have had a poor defense all through this league season, and they have been a mess on the road as well.

Surely expect Real Madrid to post the three points on the board.

Real Madrid did lose 1-0 on the road the last match-day against arch rivals Atletico Madrid. But they had also won 12 of their past 16 overall fixtures, and 15 of their former 19 appearances at home as well.

On the other hand, Levante did win 2-1 at home the past game week against Sociedad. But they were winless in 31 of their past 38 overall games, and they had won just four times on the road in the past 13-month period.

Finally, they also have a worrying head-to-head record against this rival over the years.

Considering all these observations, expect a huge win for Real Madrid this Thursday.

Tips for Real Madrid vs Levante